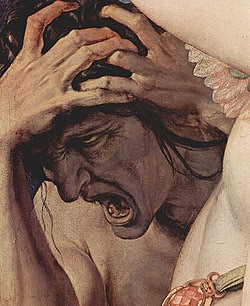 As many commentators have predicted, America is in an economic recession. Although it can't be declared "official" yet - the most popular definition of a recession is two quarters of economic decline - all the signs are there that a serious economic realignment is taking place. Consider the following facts:

There are many other indicators, to be sure, and some are contra. However the majority of stats point in a downward direction.

The reason for the recession is to be found in the over-heated property market, which popped last year and is now responsible for the overall decline in house prices and the subprime mortgage fiasco that is battering the share market.

But there are other reasons. The over-heated property market was, I believe, the result of expansionary fiscal policy by the Bush administration and expansionary monetary policy by the Federal Reserve Bank for the past few years - both unwarranted.

Greenspan's loose monetary policy ensured that the Federal funds rate remained very low from 2002 to 2004. This encouraged the already forming property bubble. Cheap money was flowing into the housing market, and house prices were sky-rocketing. Had Greenspan and the Fed kept interest rates higher during this period, it would have helped prevent the crash from occurring. It would have also stunted economic growth during that period as well, but, in hindsight, slow growth then to prevent a recession now would be more than worth it.

During the same period, Bush and congress enacted tax cuts. Advocates of "Voodoo Economics", that tax cuts pay themselves (aka Supply Side economics), would argue that such a cut was deserved and would boost growth.

Of course, one problem with any expansionary policy - whether fiscal or monetary - is that they have a short-term positive effect which is eventually balanced out by a long-term negative effect. In other words, higher growth now leads to lower growth later. Conversely, contractionary policy - both fiscal and monetary - has the opposite effect - low growth now and higher growth later.

Nevertheless, because of political reasons, many governments choose to run continual government deficits and to cut taxes - which is expansionary fiscal policy - during periods of economic growth. This goes against the grain of those schooled in Keynesian economics, who would argue that, during periods of economic growth, policies must be contractionary while they should be expansionary during downturns. Whatever the faults that Keynsians have, they know their stuff at this point. What Bush and Greenspan essentially did from 2002-2004 was to implement expansionary fiscal and monetary policy during a period when it was inappropriate. The current downturn has its roots in these bad decision.

Bush and the Fed (now under Bernanke) certainly think so. Bush is trying to push through a "rescue package" bill in congress that would attempt to provide much needed fiscal stimulus to the different markets in America that need it most (mainly, I believe, the housing market). Meanwhile, Bernanke at the Fed has been lowering rates as though it were going out of style. In fact, the rate cuts have been so substantial that the market is getting spooked by them.

I do not think, though, that these will work. US Federal government debt is already so high that interest repayments on government debt now exceed 3% of GDP. A continual and growing deficit has already begun to eat up federal spending to such a degree that the interest charges alone rival defence spending and health care costs. A fiscal stimulus package of the sort that Bush is proposing will simply result in higher deficits. Whatever growth such a package could encourage would be sucked up by the downturn that high deficits would have later.

Similarly, Bernanke's cutting of interest rates is problematic. I have argued elsewhere on this blog that the declining US currency, now dredging the bottom of historical lows, will have an inflationary effect upon the economy. Oil, now at $100 per barrel, is spreading inflation too. The question is, though, whether the inflationary effects of a declining currency and high oil prices will be balanced out by the deflationary effects of an economic downturn. I doubt it, for the simple reason that other countries who have suffered currency devaluations and/or high oil prices always ended up in the mire of stagflation - high inflation mixed in with economic stagnation. Bernanke's cutting of rates, during a period in which inflation is already eating into the value of people's wages and savings, is a dangerous move.

So, if the solution is not through expansionary policies, then it can only come through contractionary ones - Austerity. Put simply, this involves an increase in saving money - and by money I mean cash in bank accounts, not money invested in shares or property that can lose value. Moreover, such saving needs to be protected from the ravages of inflation.

For an Austerity program to run in America, both the government and the Federal Reserve need to do the exact opposite of what they are currently doing. Instead of spending money and creating deficits, the government needs to run a fiscal surplus and pay back debt owed. This would involve raising taxes or cutting spending (mainly on health care or military costs) or a combination of both, in such a way that tax revenue exceeds expenditure, thus allowing earlier retirement of government debt (which is essentially paying off the principal earlier).

Instead of creating money and stirring inflation through lower interest rates, the Federal Reserve needs to increase rates to encourage household savings and control inflation (higher interest rates will make saving money more attractive to households and businesses, while at the same time killing off inflation, thus making money more valuable to keep rather than spend).

Of course, such actions are clearly contractionary. In other words, the austerity program I am proposing will, in effect, make the recession worse. Such an austerity program would cause a significant economic downturn that will result in high unemployment. Is it worth it?

Yes. It is. At some point in the future, an austerity program will be tried. It may occur next year, it may occur next decade. The issue is that the sooner such a program can be implemented, the easier it will be to recover from its shocks. Leave it too long, however, and the shocks will take longer to recover from, and the more potential damage such inaction will cause.

The shock of running an austerity program will be deep but, as Keynsian economists would point out, a recovery will eventually arrive. Not only that, but increased tax revenues from this recovery will make it easier for governments to pay off debt (assuming they remain fiscally restrained) thus making it easier for future governments to avoid the mess the current generation is in.

Sadly, however, I do not believe that such an austerity program is likely in the short to medium term. The price that politicians would have to pay for such a downturn would be too high for many of them, which will prove, yet again, that the structure of modern politics does not encourage men and women to be willing to do the right thing, no matter what the cost (apologies to The Big Lebowski). Instead we will see a period of stagflation and rising public debt, both of which will result in confused and angry politicians and a reduced standard of living amongst ordinary Americans.

There is one glimmer of hope, however - Paul Volcker could become chairman of the Federal Reserve again.

Posted by One Salient Oversight at 13:50

Why does this sound a lot like the Dalton Conley oped that Peter Dorman critiqued over at EconoSpeak? Seems Cactus of Angrybear agrees with you but this Angrybear does not.