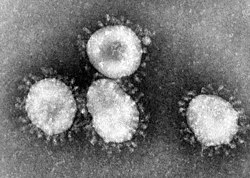 There is no doubt that COVID-19 is going to impact the world's economy. International tourism will be hit very hard. There's even a chance that governments will halt airline arrivals and maybe even set up more stringent border crossings. Japan has already closed schools.

In times like this, the parts of any economy that are directly based on tourism will suffer the most. Businesses will go bankrupt, employees will be retrenched. Retail and service industries, very much related to tourism, will also be badly affected. A world wide recession seems highly likely.

Government responses to such problems have varied over the decades. Increasing government spending (Keynesian "Pump Priming") is a very good way to react to this problem. Kevin Rudd's school hall building program of 2008/2009 in the face of the GFC ensured Australia survived the crisis without a recession and helped save the building industry from collapse.

This time around, though, the LNP is in charge, and they are unlikely to respond to the crisis by spending. The LNP has historically relied upon monetary policy to even out the peaks and troughs of an economy, but unless monetary policy changes to have a more direct and radical effect, any changes in interest rate by the RBA are unlikely to make much of a difference at the moment.

Nevertheless one Keynesian solution does present itself for the LNP to seriously consider -a temporary lowering of the GST.

My suggestion is that, faced with a looming economic and financial disaster as a result of the Coronavirus, the LNP should temporarily reduce the GST from 10% to 1%. This large reduction in sales tax will help stimulate the retail and services sector, the sector most likely to be hit by any precipitous decline in tourism. A reduction in the GST would help businesses survive the decline by reducing the amount they need to pay the tax department. With less tax needing to be paid, businesses are less likely to go bankrupt, and more likely to keep employing people. A drop in retail prices will also stimulate more consumption by Australia's households.

So who foots the bill? Reducing government spending is not something I support, so in this case I would simply argue that the best solution would be for the Federal Government to go into debt. The money lost from lowering taxes will be covered by borrowing from the financial market. This will result in higher levels of government debt, but this can be paid back over the long term as follows:

Once conditions have improved, the GST will then be gradually lifted back over 1-2 years to 10% and then finally set at an increased rate of 12%. The extra 2 percentage points means that two twelfths (16.67%) of GST revenue will be used to pay off the debt accrued under the 1%. Once the money has been paid back, the GST resets back to 10%.

Posted by One Salient Oversight at 10:15 No comments: