McCain may be ineligible to run for President 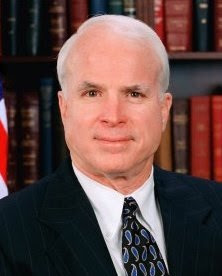 It seems as though John McCain may not be eligible for president:

McCain's likely nomination as the Republican candidate for president and the happenstance of his birth in the Panama Canal Zone in 1936 are reviving a musty debate that has surfaced periodically since the founders first set quill to parchment and declared that only a "natural-born citizen" can hold the nation's highest office.
...
Despite widespread popular belief, U.S. military installations abroad and U.S. diplomatic or consular facilities are not part of the United States within the meaning of the 14th Amendment. A child born on the premises of such a facility is not subject to the jurisdiction of the United States and does not acquire U.S. citizenship by reason of birth.
...
The Twelfth Amendment explicitly precluded from being Vice President those ineligible to be President: people under thirty-five years of age, those who have not inhabited the United States for at least fourteen years, and those who are not natural-born citizens.

Basically it's the same thing that prevents Arnie for running as President.
Posted by One Salient Oversight at 10:14

It's not exactly the same thing as Arnie. In fact, it is entirely different. Arnie was born in Austria to Austrian citizens and was himself an Austrian citizen by birth.

John McCain was born to American citizens who happened to be living in Panama at the time of his birth. It may or not be relevant that his father was under valid orders of the US military at the time.

If his parents had happened to be on holiday in Canada at the time of his birth, would anyone be asking this question?

I'm not a McCain supporter, but I really don't see how this makes McCain ineligible. I'm no attorney, but I'd be surprised if this hasn't come up before in the courts regarding some other benefit of citizenship besides presidential eligibility.

It must be a "beat up".
Anyway what does natural-born mean. I would assume it covers both parents being USA citizens.
Which brings me to Obama? His father was from Kenya a foreign student in Honolulu.

From this text. The chapter on Article II, section 1 has this excerpt: "This clause contains the only constitutional distinction between naturalized and natural-born citizens. When combined with the 14th Amendment, which confers equal constitutional protection on citizenship whether acquired by birth or naturalization, this clause supports the Supreme Court's decision in Schneider v. Rusk that Congress lacks power to make extended residence abroad ground for expatriation...

"Whether a person born abroad of American parents is a natural-born citizen within the meaning of this section has not yet been decided [note: the excerpted edition was published in 1976]. There is a considerable body of opinion that such a person would be 'natural-born' even if perhaps not native-born."

Barry Goldwater, Republican nominee in 1964, was born in Arizona Territory (prior to statehood). He was defeated so that issue was never addressed in court.

1) Your headline is inaccurate. Ineligible persons may run for President, but may not serve.

2) The 22nd Amendment may have added one more constitutional obstacle to being president: "No person shall be elected to the office of President more than twice."

One more link, written by a prominent US law professor.

Here's the money quote: "According to even the most technical meaning of "natural born" citizen in the 1780s, John McCain is a natural born citizen of the United States, but George Washington and Thomas Jefferson may not have been (since they were born before 1776), though they would have been generally treated as such at the time."