New Line Cinema is no more 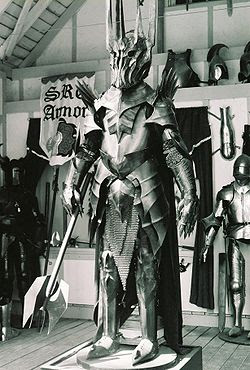 It's the end of the line for New Line -- at least in its current form.

The 40-year-old studio behind such franchises as "Lord of the Rings," "Austin Powers" and "Rush Hour" will become a significantly smaller version of itself and merge into the Warner Brothers unit of Time Warner's Warner Bros.

The development marks the end of an era for New Line founder Bob Shaye and his longtime top lieutenant, co-chairman and co-CEO Michael Lynne, who will leave the company. In recent weeks, the pair, whose contracts expire at the end of the year, made a last-ditch failed attempt to stay aboard, presenting Time Warner management with a reorganization plan that would have ensured their continued employment.

It is unclear how many people will lose their jobs as a result of the consolidation. New Line Cinema employs more than 600 people in Los Angeles and New York.

I just don't understand how a film company responsible for the three Lord of the Rings films - which were absolutely MASSIVE cash cows - could manage to go under. Inefficiency and stupidity most likely.
Posted by One Salient Oversight at 14:02

If you can find information on how the movie industry does "accounting", this won't be so surprising.

I have no doubt that despite the cash it took in, the "official" report of TLOTR will show a loss.

Looks like they called in the bean counters. And those top two guys are 68 and 66 "what we need are young folk with a vision and don't have mad ideas about goblins etc"