The U.K. Just Went 55 Hours Without Using Coal for the First Time in History 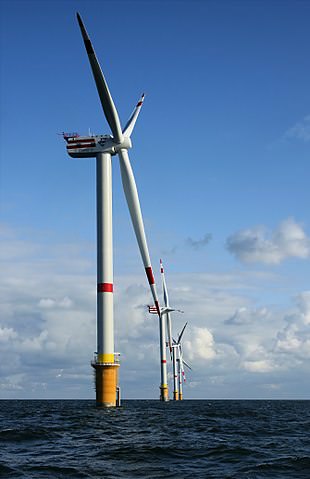 No coal was used for power generation by stations in the U.K. between 10:25 p.m. in London on Monday until 5:10 a.m. on Thursday, according to grid data compiled by Bloomberg. At the same time wind turbines produced more power.

This is good news. But it also shows further development is needed. The latitude of the UK places it in a zone which is rich in wind, but not necessarily rich in solar potential.

This means that decision makers should invest more resources into wind farms, especially those off shore.

It also means that energy storage facilities must be built. Wind (and solar) are intermittent power sources. The recent wind power increase is due to very high winds and will obviously decrease once the low pressure system disappears. Energy storage infrastructure is essential for the future development of renewable energy, as it can store the excess energy generated during peak production times (windy days for wind turbines, sunny days for solar) for later use during peak consumption times. This infrastructure can include the sort of lithium-ion battery storage that Tesla built in South Australia recently, and can be built on land already used by coal/gas power stations (since the distribution infrastructure is already in place).
Posted by One Salient Oversight at 12:43 1 comment:

This right-wing Christian movement is fundamentally anti-democratic. Their "prayer warriors" do not believe that secular laws apply to them, thus making it acceptable, if not honorable, to deceive non-believers in order to do God's work. Many evangelicals in the Christian nationalist or "dominionist" wing of the movement want the United States to be a theocracy. In some ways, this subset of the evangelical population resembles an American-style Taliban or ISIS, restrained (so far) only by the Constitution.


Have Christian nationalists staged a “soft coup,” with Trump as their figurehead?

Slightly overblown, but generally accurate in the view of this non-American evangelical.
Posted by One Salient Oversight at 19:57 No comments: