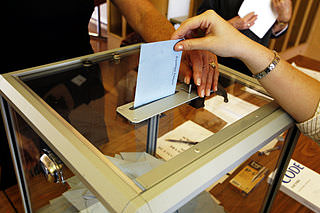 I just watched a TED video by Brett Hennig titled "What if we replaced politicians with randomly selected people". It's a great idea, and one which I proposed way back when I began this blog in 2005. But having read my original post, I think it is time to update some of the changes in thinking I've had since then.

Since my original post in 2005, I am convinced more than ever that modern democratic governments are fatally flawed, mainly because the people we elect to make decisions for us are manifestly unsuitable. And this applies across all wings of politics. We expect our politicians to work co-cooperatively in parliament or congress when making decisions, but the way we select our politicians requires competition and advertising. Moreover, we cannot expect everyone in society to have the same interest or understanding of politics, which means that people will often vote for a party based on tribalism (like a sports team you support through thick and thin) or else they will vote according to what a lot of their friends, family and/or work colleagues will say. Sometimes this is justified, especially if a political party or its representatives have made bad decisions. But sometimes it is not justified, especially if a competent political party has been misrepresented using modern advertising.

The latter situation - a political party being misrepresented by an effective advertising campaign - was something I fell for when I was younger. In 1996 I voted for John Howard and the Liberal Party, mainly based upon their message that the Australian Labor Party had led Australia into a dangerous fiscal crisis. Many years later, when crunching numbers and statistics on Australian government debt levels, I came to the inescapable conclusion that the Liberal party message back in 1996 was a falsehood.

Advertising and propaganda is increasingly sophisticated. Lies are not punished. Instead the two tribes go to war for the ear of swing voters. People get increasingly angry and eventually violent language is used by people to describe their political enemies. The words "treason" and "traitor" get used. This is what happened to President Obama, and it is increasingly happening all over the world in liberal democracies.

Adversarial politics has always existed in liberal democracies. The problem is that it has gotten worse.

Corruption is also a problem. And I'm not talking here about underhanded, secret deals. I'm talking about legal influence peddling. Big business has bought politicians by providing them with the financial means of running a successful campaign in exchange for policies that benefit them, whether it be adjusting business laws, or cutting taxes or giving preferential treatment to specific businesses when issuing government contracts.

So the modern politician - the person who ends up in parliament or congress - is nowhere near an adequate representation for the people who voted for him/her. Ambition + money + propaganda is what happens. Yes, it has always happened to some extent, but our current situation is worse than ever.

What is needed are politicians:
* who are not backed by rich benefactors
* who are not engaged in defaming those who they disagree with
* who prefer co-operation instead of competition
* who see public service as service, rather than a chance at power
* who are rewarded for being careful, judicious and objective
* who depend upon experts for making hard decisions

Sortition is a way of doing this. By randomly selecting people to serve in parliament / congress, rather than electing someone from an established political party, modern democracies can be changed for the better.

A randomly selected person serving in politics:
* Is not backed by rich benefactors.
* Has no incentive to defame those they disagree with.
* Has not gotten to their position through competition.
* Is given a chance for public service.
* Realises that important decisions require care, and objective thinking.
* Needs experts to communicate to them when it comes to making hard decisions.

Will this be a perfect system? Of course not. Once a person has won the electoral lottery, they may be approached and corrupted by big money and influence. This can't be helped but it can be mitigated, especially if there are laws set up that punish this crime and rules set up to prevent it. The question is not whether this system is perfect (it won't be), the question is whether this system will be better than what we currently have.

There are obviously a number of questions that arise out of this proposal. I've tried to anticipate them and I have written them here. Note that when I use the word "legislature", I am referring to the generic term that countries name as "parliament" or "congress" or "duma" or "diet" or whatever:

Q. Won't the legislature collapse if it was suddenly filled with randomly selected people with no experience now running things?
A. It probably will, which is why it needs to be introduced gradually into the already existing political system.

Q. How would this gradual change take place?
A. People would be selected randomly to serve in the legislature on a continual basis, rather than all at once. This would mean one or more people entering at least every month or so. As each new person enters, a person already in the legislatures would be forced to retire. A "transitional legislature" would exist in which the last of the elected politicians are gradually replaced by randomly chosen people. Once the last elected politician is retired, then the legislature would only ever consist of people selected randomly.

Q. How long would a person serve in the legislature? Are there term limits?
A. This is a good question and one in which there is no definite answer. There should be a term limit, but it should not be too short, and nor should it be too long. I would suggest somewhere between 6-12 years. When their term finishes, they are forced to retire and the only way they can get back into the legislature is if they are selected randomly again.

Q. What would happen if weird/crazy people end up being selected?
A. Well there are some weird/crazy people who are currently serving as politicians so the current situation is just as bad! One of the important things to understand about a legislature being populated by randomly selected people is that its size must be big enough to prevent the weird and crazy people from having too much power. This is about risk assessment, namely that the smaller the legislature, the less chance there is of a crazy person serving, but a greater chance of problems if by chance one does end up serving. In a larger legislature, there are greater chances of selecting a weird/crazy person, but a lower chance of that person causing problems. Thus a legislature needs to be of a certain size (probably more than 50 people) in order for this to work.

Q. Are there people who would be prevented from being selected?
A. There would be people who would naturally be prevented from serving. These would include children, people with debilitating brain diseases and conditions, people in jail, people living overseas, people who are too old, and people who aren't citizens (a person would have to prove citizenship before being part of the selection process anyway). Other criteria would include people who have violent criminal histories. There could also be added criteria, such as level of educational attainment and areas of study, but these can be determined later on.

Q. What if a person doesn't want to serve?
A. No one will be forced to serve. If a person refuses an offer to serve after being randomly selected, another person will be selected randomly instead and the original person would not be punished.

Q. What if a person is selected but doesn't really know how things run? What if they're called on to make a decision about something they don't know anything about?
A. This is a very important question. The fact is that many of our current politicians make decisions about things that they are not experts about. What are needed are experts who have the ability to explain important things to politicians, to help them make the decision. Governments all over the world have an entity called "the public service" in which a multitude of experts run various government departments. Once a person is selected and enters the legislature, they will be appointed a group of experts and advisors who can not only help them make make a careful policy decision, but who can also help them through the legislative process.

Q. Wouldn't having a randomly selected president be a bad idea? 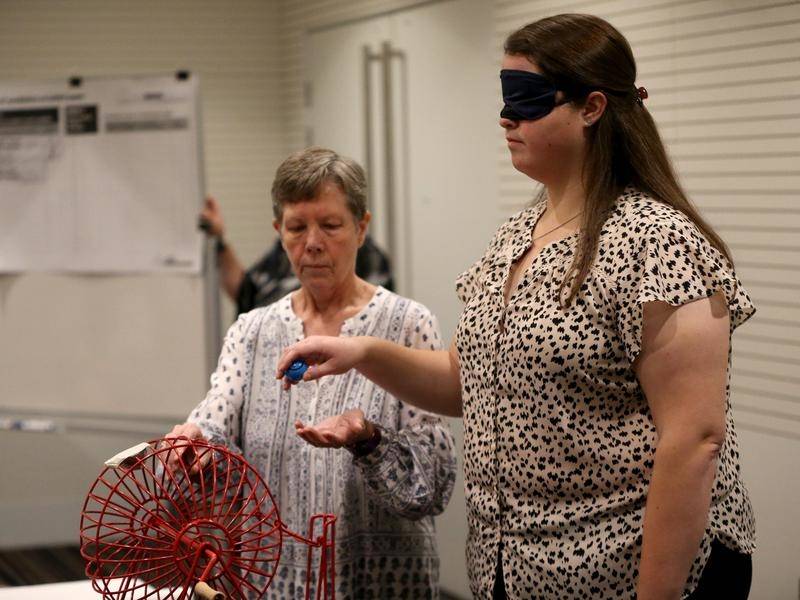 A. Yes it would, but that's not what's being proposed here. This proposal is only aimed at the legislature, the group of people who create laws for their nation or state, not the executive. The role of the executive (ie president, prime minister) might be impacted by this proposal, but the person filling that position should not be selected randomly. This is because the role of an executive (who has control over the day to day functioning of the government) needs to be given to someone who is suited to that position.

(Edit 2018-09-12: If you don't understand the constitutional difference between the Legislature, the Executive and the Judiciary, you probably need to read this wikipedia article on the separation of powers. For Australian and British readers, you also need to understand The Westminster System.)

Q. Could random selection have any role in appointing people as president or prime minister?
A. The only way this could occur is to randomly select a person from a pool of qualified candidates. This would prevent unqualified people from serving in an executive role while still allowing some random selection. It would work better if the executive was a group of people, which is what happens in Switzerland. Another solution could be the executive being chosen by a group of people who were randomly selected for the express purpose of choosing the executive. Otherwise, the person could be selected via popular election (with all its problems). Note that the role of the executive is a separate issue to this whole proposal, which is aimed at the legislature (the law makers).

Q. Could random selection have any role in appointing people as judges in the judiciary?
A. Yes it could. As above with the executive, the best way would probably be to randomly select people from a pool of qualified candidates, with term limits applying.

(edit 2018-11-13)
Q. What process is used to randomly select someone?
Random selection can be achieved in different ways. The most obvious modern day process would be people's names in a computer, and then software used to select someone randomly. This is a very simple process - it can even be done on modern-day spreadsheets.

Other ways would be a "lotto ball" system in which people's names are placed in plastic balls that are then drawn from a rotating cylinder - the same way lotto winners are determined, and, if you go back in history, how some people were chosen to serve in the Vietnam War.

No matter which method of random selection is used, the process itself needs to be fair and free from influence or corruption. The current process for modern elections - to preserve fairness, to count votes accurately and stop voter fraud - is a much more complex and corruptible system than random selection. The point here being that if we alread accept the risks associated with fraudulent elections by having a system that polices it, then there really is no problem in accepting the theoretical risk of someone fixing or manipulating a system of random selection.


Posted by One Salient Oversight at 16:12