Who is Peter Failes? 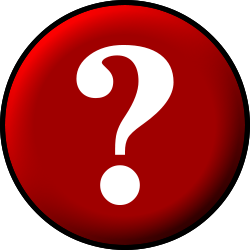 Last week I had a strange poll about a guy named Peter Failes. You're probably wondering who he is and why I had a poll about him.

When I met my wife way back in the dim, dark ages of the early 1990s, Peter was in a circle of friends from her church in Chatswood. So while we were going out I would occasionally meet Peter.

When we moved out of Sydney to Newcastle, we discovered that a lot of people at our church (Charlestown Presbyterian) also knew Peter. This was because Peter studied here for a while and attended Hunter Bible Church, some members of which ended up attending Charlestown.

Then, in 2006, I went to Griffith. Griffith is in country NSW, quite a few hundred kilometres away. Griffith was also where Pete worked for a few years (he's a town planner) and so when I started going to Griffith Presbyterian Church I suddenly had Pete being prayed for in church. Everyone there knew Pete.

Essentially, the problem was that everywhere I went people seemed to know Peter Failes.

Then, a few Sundays ago, Pete and his family visited our church. I remembered just how ubiquitous he was and commented on it. Zoe (wife) mentioned that one of the people he invited to their wedding turned out to be one of her neighbours when she was a kid.

The poll was a bit of joke therefore - I was testing just how many people know the guy. In the end only one person clicked "yes I know Pete". Now that person was not me (I don't vote on my polls for obvious reasons), but I do know that Tom and Ray read my site and both know Pete, so one of you didn't vote. Let you be anathema.

Pete and Zoe had one of the most memorable weddings I have been to. It was a "Monsoon Wedding" held literally in the middle of nowhere. It was on a farm located in the middle of a circular valley. There was no power, so electricity was from a generator. All the guests had to pass through neighbouring properties. When we got there Pete and Zoe were dressed up in Indian garb (as in subcontinent, not America).
Posted by One Salient Oversight at 20:33

Sorry - did not see the poll in my blog reader!