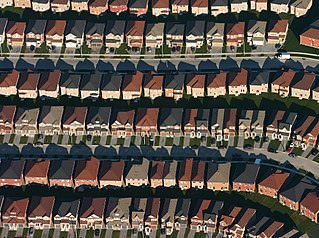 I used to believe that one of the most solid economic laws that can ever be argued for is the notion that "what goes up must come down". In other words, asset price bubbles (such as property or sharemarket over-investment) will naturally fall back to realistic levels. Tulip mania, the 1929 Stock Market crash... all the evidence is there.

But no longer. Asset price growth in property and shares has continued. Even the correction inherent in 2008 Global Financial Crisis has been exceeded in some areas. I am referring especially in this case to Australia's property price bubble.

Current Monetary Policy, which has evened out the business cycle, is probably to blame here. Controlling levels of inflation by adjusting interest rates has been one of the success stories of the world's post-1980 economy. But modern measures of inflation don't take asset price growth into account. A low inflation economy with a growing asset price bubble has been the norm in many western economies for decades.

One solution would be to factor in asset price bubbles into inflation measurements. As an indicator, this is fine. But what should be the central bank's response to this changed rate of inflation? Would it be wise to increase interest rates to push down a growing asset price bubble when the rest of the economy probably won't handle such a change? After all, if, say, the Reserve Bank of Australia (RBA) increases interest rates to deal with the growing property bubble, would the effects on the non-property sector of the economy result in a bad recession? Would the cure be worse than the disease?

Of course the real problem here is that interest rates have a very broad effect on the economy. This is inherent to current monetary policy and it can't be avoided. This doesn't mean that adjusting interest rates are somehow a bad thing - there are obviously times when a broad adjustment is going to be required.

But in the case of asset price bubbles, especially in the case of Australia's property market, a different approach is needed. One in which specific monetary goals in that particular market need to have external adjustment. A micro-prudential policy, probably with a dash of micro-monetary policy as well.

In the case of Australia's overvalued (and now deflating) property market, it is important to neither keep prices rising nor to let prices fall. Property should retain its value over the long term, adjusted for inflation.

For this, an inflation-adjusted property price index should be created, with regular monthly updates. With the index starting at 100, the goal should be a long term price index that has peaks and troughs, but remains at 100 on average.

The advantage of stable property prices is threefold.

Firstly, it means that those who invest in housing will be investing in something that retains its value. All forms of investment exist because people with money wish to gain more. If property prices retain their real value over the long term, people will feel safe investing in them. Obviously such investment needs to be compared to other forms of investment, and the risk/rewards that such investments have, in order for the market to respond appropriately.

Secondly, it creates a disincentive for speculation. Any form of asset price growth leads to speculators who are not so much concerned with actual assets, but whether they can profit from the process of buying low and selling high. Speculation has its place in an economy, but asset price growth in shares or property turns investors into speculators. This results in profits derived from the process rather than the utility of the asset being invested in, and creates a parasitic sort of investment class. This has been one of the great problems in the world's post-1980 economy, with huge asset price bubbles in both shares and property coexisting with lower levels of GDP growth. But if an asset is neither growing nor shrinking in real value over the long term, there is less incentive for speculation.

So how would this be achieved?

The real property price index would, like the inflation index, be used by a central bank to determine whether to remove or inject liquidity into that specific market. Currently, the adjustment of interest rates is the only current solution, and as I have pointed out above, its usefulness is in its broad effect, not in its narrow effect, making its use problematic in the case of stabilising property prices.

If the index is showing a substantial change in house prices, then the Central Bank would adjust prudential rules that govern mortgages, by increasing or decreasing the minimum deposit required for mortgage holders. This would be based on lending laws that would apply across the entire property market, ensuring that people applying for a mortgage would have to increase or decrease the initial deposit.

In a market of increasing property prices, these micro-prudential rules would have the effect of denying liquidity to the property market, resulting in less money available to invest, and thus cause a drop in prices.

The same micro-prudential policy can be used when prices begin to fall. By decreasing deposit ratios, more liquidity from investors would enter into the market, causing prices to rise. 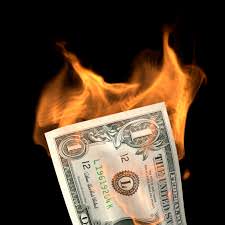 In the case of a substantial drop in prices, however, direct monetary policy would be required. Even if micro-prudential deposit rates were dropped to zero, economic conditions might still be so bad that prices keep dropping. When this occurs, the central bank could invest directly in the market itself. This would involve the central bank creating money by fiat, and then using it to purchase property. This is similar to Ben Bernanke's "money by helicopter" theory, except that instead of giving free money out to everyone, fiat money is used by a central bank to directly enter a market. Once prices have begun to stabilise at the 100 index level, the central bank can then begin gradually selling off this property, with any money it gains from the process being "de-fiated" into nonexistence.

Of course such a targeted policy would impact the wider economy, and inflation rates will be impacted by the specific policy tools that the central bank would use to stabilise prices. But these broader effects would best be served by broader policy tools - ie, interest rates.

To summarise, the current property price bubble in Australia can be solved through the following means:

1. Set up an index which measures property prices adjusted for inflation and update it monthly. This would require work on behalf of the Australian Bureau of Statistics and funds to create it.

2. Grant the Reserve Bank of Australia the power to determine mortgage deposit rates, requiring all registered mortgage lenders to set a minimum rate of deposit. If the rate is set at, say, 20%, this would mean that someone wanting a $1 million mortgage would have to have saved a $200k deposit.

3. Grant the RBA the power to change mortgage deposit rates.

5. Grant the RBA the power to purchase property with money created by fiat as another way to keep real property prices stable.

6. Property so purchased by the RBA will be maintained and managed by a separate government body until such time as the RBA sells the property.

7. Property directly purchased by the RBA will be sold once prices have stabilised.

8. Money generated by the RBA's selling of properties is "de-fiated" into nonexistence, and is not part of general government revenue.
Posted by One Salient Oversight at 12:55 1 comment: