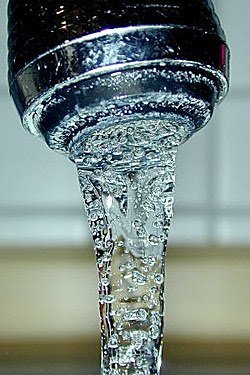 But only if they're built right.

Desal plants have been used for many years to turn seawater or brackish water into fresh water. Unfortunately, Nimbys pretending to be Greenies tend to complain too much when these sorts of things get built - at least here in Australia. Desal plants are slated to be built in Sydney, Melbourne and somewhere in South Australia as a result of the long drought we have been experiencing.

Here are my reasons for supporting Desal plants:

Here are some common complaints, followed by my reply.

Desal plants use lots of electricity, which means they are bad for the environment.

Desal plants produce a brine slurry that will pollute the sea nearby.

The production of a brine slurry - essentially thickened seawater - is a byproduct of the desalinisation process. When the water is removed from salt water, obviously what is left behind is salt. If this slurry were simply dumped back into the sea in one spot it would have negative environmental effects on coastal areas nearby. If the slurry were pumped further out and dispersed somewhat (or even diluted with seawater before it returns to the sea) then the effects would be minimal. The reason for this is that the sun evaporates plenty of water from the sea every day, leaving salt behind. Adding salt to salt water would be like adding slightly more Nitrogen to the atmosphere (but only if it is dispersed - too much in one spot is a no no I believe).

Alternatively, the slurry could be dried out and the salt turned into table salt. Salt is a product that is purchased and sold in the marketplace, which means that it is not really a waste product at all (Australia is a salt exporter). Salt can even be used to augment cement (see here and here). Moreover, sea salt is sodium chloride, and chlorine can be extracted from the slurry - a chemical that has many industrial uses.

We should recycle used water from our sewerage system instead.

There's a guy from my church who is involved in the design of alternative energy systems, and he talks about this as "the yuck factor" - people don't really want to drink their own waste water. This, however, can be overcome through public education. Moreover, there are places around the world which recycle their waste water effectively and the population are fine about it.

In order to remove the nasty bacteria, chemicals and particulates from the waste water, an industrial process needs to take place which achieves this. It would involve either boiling the waste water at a low air pressure, or some form of membrane process involving reverse osmosis. What sort of "thing" could achieve such an industrial process? Why a desal plant of course! It doesn't have to use seawater all the time. Waste water could easily be diverted to a desal plant and converted into drinkable water.

Desal plants are only good for people on the coast who get good rainfall already. It would be too expensive to pump water inland to be used for irrigation.

Such a process - whereby desal plants pump irrigation quality water to inland parts of Australia where they are used for irrigation - is very expensive, but not prohibitively.

While spending 5-6 months in drought-stricken country NSW in 2006, I asked a number of farmers about water supply. "Would you", I asked, "be prepared to pay premium prices for water if its supply can be 100% guaranteed?" They all said yes.

Building thousands of kilometres of pipelines around inland Australia (mainly in NSW, Victoria and South Australia) to create a "water grid" that can guarantee water supply for farmers is an expensive proposition. Yet I would think that the price that farmers and towns are willing to pay for the water would make up for it, so long as their costs are less than the gains they would make by having a guaranteed crop, year after year. Moreover, if the cost of water is quite expensive, then steps would be taken by farmers to minimise its usage and to maximise crop production. It would also encourage crops that need less water (like wheat) over crops that need lots of water (like rice).

Posted by One Salient Oversight at 16:05

A Desal plant would still need to be connected to a reliable powersource, ie coal powered electricity, as a backup. I understand that Wind and Solar can be unreliable. In order for a Desal plant to maintain SLAs and protect vital equipment, safety standards and procedures would be in place that rely on uninterupted power supplys.

On another note, perhaps in the future, private enterprise might enter the market as water providers on the Build, own, operate, Transfer model - Macquarie Water???