The rise of a true Charismatic Prophet 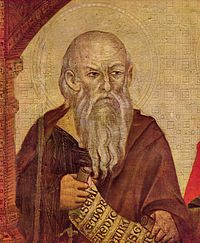 J. Lee Grady, the editor of Charisma magazine, is one of the best things to happen to the Charismatic/Pentecostal church for decades. This is a fearless man who calls upon Christians to live Godly lives and who is not afraid of revealing the truth behind various scandals. This man is using his weekly blog - which is then published in Charisma Magazine itself (which is, as I understand, the most popular Charismatic magazine in America) - and he uses it to call God's people to holy living and to move away from hypocrisy.

Here is Grady's latest posting, which I provide for you in full:

When I started my job at Charisma in 1992, one of my first assignments was to sort through dozens of files of disturbing allegations made against one of the largest charismatic churches in the country. A group of women had contacted our magazine with shocking claims that Bishop Earl Paulk Jr. and other staff pastors at the 15,000-member Cathedral of the Holy Spirit in Atlanta had sexually abused them. These frustrated women came to the Christian media because no pastors in our movement would listen to their horror stories.

Despite the fact that several women had the same experience with Paulk or other men on his staff, he insisted he was innocent and even brought legal action against a group of the women after they staged a press conference to make their grievances public. He also put a guilt trip on his followers, warning them that anyone who accused him of wrongdoing was “touching the Lord’s anointed.”

Today, people are finally admitting that Paulk was a wolf dressed in sheep’s clothing. He was the liar and we were the naive dupes who fell for his act.

This became obvious last year when former Cathedral staff member Mona Brewer filed a lawsuit claiming that Paulk coerced her into a sexual relationship that lasted for years. Her suit forced Paulk, other staff members and numerous Paulk relatives to give depositions in court—and the ugly truth began to unfold. The church quickly shrank to a few hundred people, and today the congregation can’t afford to maintain their 7,000-seat gothic building.

The most revolting side of the Paulk scandal hit the fan last Sunday. The Cathedral’s current senior pastor, Donnie Earl Paulk—who has been known his entire life as Earl Paulk’s nephew—admitted to his congregation that he is actually Earl Paulk’s son. A DNA test required by the court has proved that Donnie Earl is not the son of Earl’s brother, Don. He is actually the product of a relationship between his mother, worship pastor Clariece Paulk, and his “Uncle Earl.”

I know it’s beyond outrageous. But as repulsive as the Paulk scandal is to us, we should try to imagine how grieved God is that such blatant immorality was allowed to thrive unchallenged for so long in a church that dared to call itself “Spirit-filled.” Why have some staff members remained at the Cathedral to this day when they know the truth? Why didn’t national charismatic leaders listen to the countless people who left the Cathedral years ago when they learned about the wife-swapping and debauchery? We should be ashamed that our spiritual fathers ignored the whistle-blowers, withheld biblical discipline and allowed Paulk to ruin the lives of countless people.

When the apostle Paul learned that incest was occurring among Corinthian believers (“immorality of such a kind that does not exist even among the Gentiles,” he said), he rebuked the church for refusing to bring correction and gave them a clear directive: “Remove the wicked man from among yourselves” (1 Cor. 5:1-2,13, NASB).

Paulk and his cohorts at the Cathedral of the Holy Spirit created a bizarre environment full of mind control and emotional manipulation. We charismatics, who claim to have the gift of discernment, should have smelled this cultic deception a mile away. But instead, even though the list of allegations grew year by year, leaders in our movement continued to allow Paulk to air his broadcasts on national television.

We are now reaping the consequences of this sloppy grace and misdirected mercy. Throughout our movement today, ministries and marriages are imploding because we built our spiritual houses on the shifting sands of “anointing” rather than on the solid rock of character and integrity. The embarrassing scandals of 2007—from the high-profile divorces to the parking lot wife-beatings to the Oral Roberts University fiasco—should prompt us to cry out to God for a biblical reformation that will restore genuine holiness in a wayward church.

I cannot give a loud enough Amen to this posting. Grady is probably a typical Pentecostal. He probably speaks in tongues, believes in the second baptism of the Holy Spirit, believes in extra-biblical prophecy, believes that God has some special plan for us that we have to somehow discern. In other words, Grady believes stuff that I think is quite unbiblical and is one reason why the movement is so seriously wrong in many ways. Yet I have to admit that God is using this man powerfully as he uses his position as a prophetic voice (not predictive but courageous) to bring the church back to holiness and obedience. Praise the Lord!
Posted by One Salient Oversight at 20:16

I agree. Thank God, for Grady.

I know of no one in the liberal community who performs the same service, but antinomians aren't that hung up on the "immorality is sin" thing, anyway.

I'm grateful for his prophetic voice, but I'm also wary. That whole magazine is chockablock with pretty terrifying error-bordering-on-heresy. And furthermore, the movement has an indisputable trump card for justifying virtually any dangerous error, even in the face of a biblical challenge by a godly man: "God told me to do ___." Not that he'll be shut up, but that he'll be absorbed in a movement with no unified voice or means of shutting people up. Pentecostal schizophrenia, if you will -- the priesthood of the believer gone bonkers.

That was scattered but I hope it makes a bit of sense.