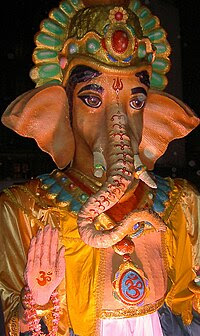 From the department of low-culture:

Australian Idol finalists have been gagged from talking about Christianity.

The final six, who made a public appearance at Sydney's Motor Show yesterday, may not answer questions about their religion or personal beliefs.

After television reports suggested some finalists were being supported by a huge Christian voting audience, the makers of the show have tried to distance themselves from the issue.

Although no wrongdoing has been proved (most Idol contestants have huge communities supporting them, whether it be a country town or a church community) television chiefs are concerned about the effect of the stories on the "street cred" of the show.

"They promised the Idols they wouldn't have to talk about Christianity," a spokeswoman for Channel Ten said.

The only group of Australian churches who would support a TV show that glorifies vacuous, talentless and soul-destroying pop music would be the Pentecostals.

And that includes you Ron ;).
Posted by One Salient Oversight at 15:26

Well I try to avoid that show.
Em has had it on when I am around and I knew about Guy but he was some while ago. I went to vote on Sky news poll once and clicked the remote red button and it was 55Cents so I was off. Then I found it was free on line. So who is the Singer to vote for and how do you do it free?

I suppose the AOG underground should have let me know. Some of our lot are going to Canberra to pray with John Howard tomorrow and we DON'T like Rock anyway.

Are you going to Canberra too? Make sure you blog about it.

This story is a beatup. The real issue here is the Australian Idol voting system, wwhich anyone who is so inclined can stack with a block of multiple votes for their favourite contestant. This is well within the rules.

It's no different to the old days when TV station publicity departments would buy a stack of TV Week magazines and send in Logies voting coupons so that their network personalities won an award.

In the end, it seems to me that this story is really just an excuse
for Christian bashing and for Channel 7 to sling some mud at a rival network.