Hitler was not an Atheist 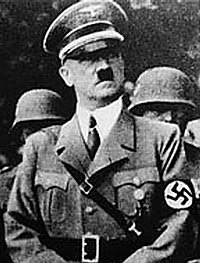 From the department of exposing-urban-myths:

Author Doug Krueger notes that "so many Germans were religious believers that Hitler, if not religious himself, at least had to pretend to be a believer in order to gain support." He adds, "If the [Christian] message won converts, it would seem that most Nazis were probably [Christians] too. After all, would appeal to divine mandate win more theists or atheists to the cause?" He also points out that "Even if Hitler was not a [Christian], he could still have been a theist. Or a deist". Remember that being a non-Christian is not equal to being an atheist.

When all is said and done, Krueger says that anecdotal evidence from those close to him near the end of his life suggests that he was a at least a deist, if not a theist. Krueger concludes: "So here's what evidence we have. There is a certain worldview, Nazism. Its leader, Hitler, professes on many occasions to be religious, and he often states that he's doing the will of god. The majority of his followers are openly religious. There is no evidence anywhere that this leader ever professed to anyone that he is an atheist. He and his followers actively campaign against atheism, even to the point of physical force, and this leader allies himself with religious organizations and churches. This is the evidence. So where does atheism fit in?" As Krueger notes, there seems to be no real evidence that Hitler was an atheist. On the other hand, since one could never be sure when he was speaking his real thoughts and when he was simply riling up the masses, it's difficult to say for certain.

I still believe that the fool says in his heart that there is no God. But equating atheism with Hitler? I don't think so.

Hitler did say, however:

So it's not opportune to hurl ourselves now into a struggle with the churches. The best thing is to let Christianity die a natural death. A slow death has something comforting about it. The dogma of Christianity gets worn away before the advance of science. Religion will have to make more and more concessions. Gradually the myths crumble. All that's left is to prove that in nature there's no frontier between the organic and the inorganic. When understanding of the universe has become widespread, when the majority of men know that the stars are not sources of light but worlds - perhaps inhabited worlds like ours - then the Christian doctrine will be convicted of absurdity.

This, of course, just makes him opposed to Christianity. It doesn't mean he is an atheist. In fact, such a statement is consistent with Deism.

Update:
I propagated this myth in a sermon I preached on 1 John 1.5-7.
Posted by One Salient Oversight at 20:50

Well he appears to have had a belief in spiritual things such as horoscopes and the occult and wasn't he seeking the spear that pierced Jesus http://en.wikipedia.org/wiki/Spear_of_Destiny

Then there is a book comparing him to Luther