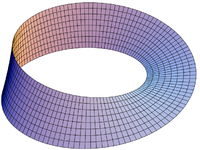 From the department of Evangelical-conservatives-are-postmodern-after-all:

After two hours of deliberation, we voted on a resolution that can be summarized as follows: If neither of the two major political parties nominates an individual who pledges himself or herself to the sanctity of human life, we will join others in voting for a minor-party candidate. Those agreeing with the proposition were invited to stand. The result was almost unanimous.

The other issue discussed at length concerned the advisability of creating a third party if Democrats and Republicans do indeed abandon the sanctity of human life and other traditional family values. Though there was some support for the proposal, no consensus emerged.

Speaking personally, and not for the organization I represent or the other leaders gathered in Salt Lake City, I firmly believe that the selection of a president should begin with a recommitment to traditional moral values and beliefs. Those include the sanctity of human life, the institution of marriage, and other inviolable pro-family principles. Only after that determination is made can the acceptability of a nominee be assessed.

David Cook, the principal of Sydney Missionary and Bible College, always told us that "the things that go without saying need to be said". The above quote from James Dobson's article in the New York Times is an example of why this is important.

Let's pretend that I'm in the USA and I'm walking up to Hillary Clinton. Here's how the conversation would pan out:

OSO: Mrs Clinton, do you believe in the sanctity of human life?

Clinton: Of Course I do. I don't want to go around killing people.

OSO: Mrs Clinton, do you support the institution of marriage?

Clinton: You need to ask me? I could've ditched Bill had I chosen to. Why do you think we're still together?

OSO: Mrs Clinton, do you support traditional morals and beliefs?

Clinton: Well if you mean by that the importance of personal freedom, freedom of speech, and a system of laws that guarantee them - all of which are covered in the US Constitution - then yes I am supportive of such values.

Of course the reason I chose Hillary is because she is the personification of all that is evil, especially amongst the Dobson following evangelicals. But the issue here is not what Hillary would've said, but the fact that the descriptive terms were so general that they could be interpreted by anyone according to their own set of beliefs. The sanctity of human life, the institution of marriage and traditional moral values are phrases that can be agreeable to Hillary, Osama, Bush and anyone else who represents 99.99% of the world population.

Given my understanding of Dobson's position, it is clear that the "sanctity of human life" is just another way of saying "pro-life", that the "institution of marriage" is another way of saying "no gay marriage", and "traditional moral values" is another way of saying "conservative biblical ethics". I know this. Everyone who has read or is reading Dobson's article knows this. So why does Dobson not simply say it how it is? Why has he chosen to couch these terms so neutrally? Why has he chosen to use phrases that are so woolly that they can essentially mean anything? Dobson, without realising it, is being postmodern.

One of the elements of postmodernism is the literary theory known as Death of the Author. Rather than texts having their origin in the mind of the author, this theory says that it is not the author, but the reader, who has the power to interpret the text in his or her way. The author is "dead" because meaning is not to be sought in the author's intent in creating the text, but in the reader's intent in reading the text.

Dobson's article is a classic case of deliberate obfuscation. Rather than using phrases that are clear and unambiguous, Dobson uses phrases that are nice, fluffy and ultimately confusing. It is as if he (or someone ghostwriting for him) has deliberately "toned down" his words so that they are more acceptable to readers. "Hey look at me" Dobson seems to be saying "I use these nice words. I must be okay!"

One thing that endears people to conservatism is that its values and beliefs are so clearly and easily understood. As an evangelical myself I hold to many of the same conservative values that Dobson holds - although he and I would differ strongly about how to apply them in the world of politics. Nevertheless, as one of the louder voices of American conservatism it is surprising that Dobson would choose to use phrases that communicate little, if anything, of his real beliefs.

To me, it indicates that Dobson may be trying to broaden his popularity. He might be trying to deliberately present himself as a moderate. The last guy who did that managed to get into the White House under the banner of "compassionate conservatism".

Actually, what is also interesting in this article is the following statement:

The other approach, which I find problematic, is to choose a candidate according to the likelihood of electoral success or failure. Polls don’t measure right and wrong; voting according to the possibility of winning or losing can lead directly to the compromise of one’s principles. In the present political climate, it could result in the abandonment of cherished beliefs that conservative Christians have promoted and defended for decades. Winning the presidential election is vitally important, but not at the expense of what we hold most dear.

Given that the majority of Americans appear to support a pro-choice position and support the right of homosexuals to at least exist in society, then this statement is as close as you'll ever get to Dobson admitting political defeat.

But I just wish he was clearer. The things that go without saying need to be said.
Posted by One Salient Oversight at 13:02