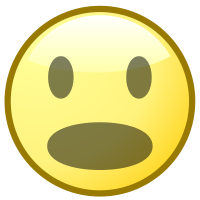 From the department of I-am-very-disturbed-by-this:

An Alabama minister who died in June of "accidental mechanical asphyxia" was found hogtied and wearing two complete wet suits, including a face mask, diving gloves and slippers, rubberized underwear, and a head mask, according to an autopsy report. Investigators determined that Rev. Gary Aldridge's death was not caused by foul play and that the 51-year-old pastor of Montgomery's Thorington Road Baptist Church was alone in his home at the time he died (while apparently in the midst of some autoerotic undertaking).

Now if you were in a church where the pastor died in this manner, what would you do? (especially when the autopsy revealed something where the sun does not shine).

I'm sort of confused about this. There's obviously some level of paraphilia going on here but nothing (as yet) to suggest that the pastor involved anyone else in his "activities".

Blogging about this makes me feel yuck.

Update:
His paraphilia is known as Total enclosure fetishism.
Posted by One Salient Oversight at 16:26

Here's what I'd do if I attended a church where this happened: I'd see how the elders handled the issue. If they tried to soft soap it, or make it an issue of "who are we to judge because after all he liked puppies", etc., etc., then vamanos. I'm assuming the elders were unaware of his peccadilloes.

I would not be surprised if there was a lot more unsavory behavior by this guy, however.

I'm curious, Neil. What would you do?

Firstly I see no reason for anything to be hidden from the church. The manner of his death is now public knowledge and it is obvious that he was behaving in an unseemly way in his private life. A pastor is a sinner like any other.

Second, I would set up structures in the church that would keep the leadership accountable. These would include not letting staff handle money, keeping tabs on their internet usage, ensuring that they have accountable relationships set up, and so on.

Third, I would heavily emphasise two biblical doctrines over the subsequent years. The first doctrine would be that of God's omnipresence - that God knows everything we do and that how we live our private lives is sometimes more important than how we live our public lives. The idea of putting on a Christian "mask" would be exposed and critiqued as well. The second doctrine to teach would be that of God's graciousness. Although we want to promote Godly behaviour in the church we should also be aiming to reassure the church that their sins have been forgiven by Christ. I would guesstimate that within every church there is some form of sexual sin committed in the past that has burdened people with guilt. While we must preach Godliness we must also preach grace. I would also emphasise the perseverance of the saints here and remind people that Christians still sin but are still saved.

Elders are supposed to be godly men. If a church is governed by men who compromise on the truth or on morality, then it has a serious problem.

Your answers were more exhaustive and articulate than mine, but we agree 100%.