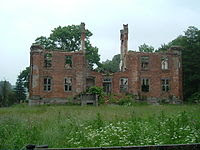 From the department of Jesus-wept:

(Pentecostal preacher) Thomas Wesley Weeks III, who is now facing charges of assaulting his wife, recently stood in his pulpit in Atlanta during a marriage conference and proceeded to teach married couples how to use profanity during sex.

Yes, the man who allegedly kicked and punched Juanita Bynum in a hotel parking lot last month told attendees at a “Teach Me How to Love You” event that they should get over their hang-ups about cussing. The bedroom, he said, is the place to get down and dirty.

“Don’t bring your salvation into the bedroom,” he said in a sermon segment that has been posted on YouTube. “All those special words that you can’t say no more because you’re saved … save that for the bedroom!”

I enjoy my weekly read of J. Lee Grady, the editor of Charisma magazine and the author of the above quote. Praise the Lord that He has put this man in a position to speak prophetically against the excesses he sees in the modern church.
Posted by One Salient Oversight at 17:31

Labels: Only in America, Pentecostalism

It is almost a given that if a preacher has a TV show, then they aren't worth listening to.

I believe Weeks has a TV show.

That is a strong, prophetic article to which I give a wholehearted "Amen." Thanks for sharing -- I may have to check this guy out more often.