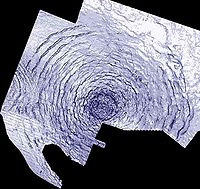 From the department of I-never-knew-there-was-a-choice:

Mr Howard told Southern Cross Radio he does not automatically agree with Mr Keelty's assessment of the scale of threat posed by climate change.

"They're both big issues," he said.

"I think terrorism and Islamic fundamentalism are far more immediate threats to Australia than the mass movement of people in China as a result of water storage and water shortage.

"But both of them are important, and I don't think that it's a question of an either or.

"They're both big challenges and they're both things that we should worry about."

I find this line of argument from Howard and the coalition quite offensive.

First of all, there is no "choice" between engaging one and not the other. Both threats need to be handled correctly.

Secondly, the Howard government's concern for terrorist attacks led us into an illegal and immoral invasion of a sovereign nation which has made the world even more threatened by terrorism.

Thirdly, the Howard government has only just recently decided that climate change is actually happening, having moved from scepticism to acceptance faster than you can say "election soon".

What this tells me is quite clear - the Howard government has been reactive, rather than proactive, on both issues, and have failed to address either of them constructively.
Posted by One Salient Oversight at 11:28