Belgium is a myth 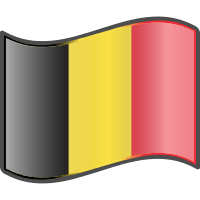 Willy is Flemish and proud of it. His native language is Dutch but like many Belgians he also speaks French and English. When he goes into Brussels on business, he complains, they call him a racist if he speaks in his own tongue.

He says French-speaking nurses wouldn't help his Dutch-speaking boy in hospital recently. And his comatose 80-year-old neighbour who was rushed to hospital? Same story. His wife didn't speak French and the doctors wouldn't speak Dutch. And if Willy - "don't use my full name, I've got a business to run here" - needs to go to court, that too will be in Brussels and the judges will speak French.

"The Flemish have shut up for too long. But now it's come to the point where we're not stupid any more. This country's sick. It's dying. Not right away. But it's terminal. Little by little, it's over. We will separate in the end."

A whiff of the Balkans is wafting through the heart of the EU. Belgium, a kingdom created by the great powers 177 years ago to keep the Dutch in their place and as a buffer between France and Germany, is falling apart.

It has always been a battlefield. From Waterloo to Passchendaele and the Ardennes, the superpowers of their day brought their wars to Belgium. Now Belgium is under attack from within.

I find this very interesting because, while the EU is committed to supranationalism, there is obviously a lot of regionalism going on that still fights for a form of independence. I don't think the Flanderseses the people in Flanders want to secede from the EU, but they obviously wish to secede from Belgium. The same can be said for the Basques in southern France and northern Spain, not to mention the fact that Solvenia, once a part of the former Yugoslavia, is now a separate nation and is part of the EU while other former Yugoslavian states (Croatia, Serbia, etc) are not. Any split in Belgium, however, is rather touchy since Brussels is the seat of the European Parliament and much of its bureaucracy.

Posted by One Salient Oversight at 10:17