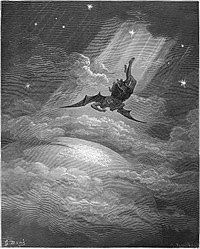 From the department of this-is-not-looking-good-at-all:

Inflation in Australia accelerated to the top of the central bank's comfort zone in September, a private survey suggested today, keeping the door open for yet another rise in interest rates.

Annual inflation picked up to 3.0 percent, the top of the Reserve Bank of Australia's (RBA) 2 to 3 percent target band.

Based on the survey, it was possible headline consumer inflation could rise 1.3 percent in the third quarter, even more than the second quarter's 1.2 percent jump, said University of Melbourne economist Don Harding.

Such a large increase could unsettle the RBA, which had already raised interest rates to a decade high of 6.5 percent in August to restrain price pressures.

Let me add up some worrying facts:


What does this equal? The Australian economy appears as though it is about to hit the wall. Still, I'd rather be here than in America: the United States has the potential to fall much further in comparison.
Posted by One Salient Oversight at 11:41

I agree that Australia is probably a better place to be than America, but for more extreme reasons.

I'd love you to watch the Bartlett DVD and read Tainter. Please Please Please Please Please? Take a break from blogging and study Tainter, and maybe even Pulitzer Prize-winner Jared Diamond's book "Collapse". Because while economics is a useful tool for gauging a society's performance, there are far bigger questions to ask. As you know from The Economist's denial over peak oil, economics is not the only useful discipline for tracking how a civilization is doing.