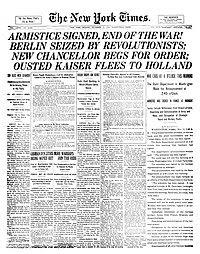 From the department of common sense:

The New York Times will stop charging for access to parts of its Web site, effective at midnight tonight.

The move comes two years to the day after The Times began the subscription program, TimesSelect, which has charged $49.95 a year, or $7.95 a month, for online access to the work of its columnists and to the newspaper’s archives. TimesSelect has been free to print subscribers to The Times and to some students and educators.

In addition to opening the entire site to all readers, The Times will also make available its archives from 1987 to the present without charge, as well as those from 1851 to 1922, which are in the public domain. There will be charges for some material from the period 1923 to 1986, and some will be free.

The New York Times has, in recent years, been subject to a number of journalistic controversies, including the plagiarism of Jayson Blair and the role of reporter Judith Miller in the Plame Affair. Despite this, it is perhaps the best known Newspaper of Record in the USA. That it has chosen to ditch the fee-paying TimesSelect and open up its articles freely on the web will give the newspaper an added boost. It certainly won't solve the problem of falling sales (as people stop buying the paper and, instead, read it for free on the internet) but it will free up important historical information.

Still, I can't see newspapers surviving in the current climate. There will always be a need to sell physical newspapers but, as time goes by, that number will drop. As a result, there will be a merger and consolidation of a number of different news sources, which will be a good thing.
Posted by One Salient Oversight at 12:07