Reform, not revolution, is what works 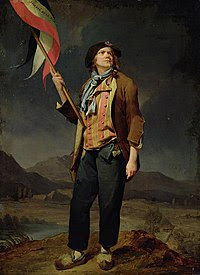 With Myanmar now having political protests, it is tempting to yet again side with democratic revolutionaries as they aim to change their government for the good of their people.

We all watched with gladness the destruction of the Berlin Wall and the death of Communism in Russia, as well as with horror as the Chinese put down their own fledgling democratic movement. Moreover, even the most anti-Iraq War individual secretly felt pleasure at the toppling of Saddam's statue in 2003.

But allow me to go out on a limb and say that I think in many cases these revolutions have often done more harm than good. When Communism collapsed in Russia, the resulting power vacuum caused the nation's economy to severely contract. The result was terrible levels of poverty and hardship endured by post-communist Russia. It is only now, some 16 years later, that Russia's standard of living seems equivalent to the Soviet Union in its prime.

I remember when Ferdinand Marcos was kicked out by the 1986 EDSA Revolution in The Philippines. I remember the joy on the faces of ordinary Filipinos as they rejoiced in the elevation of Corazon Aquino as the new president. Yet since then the nation has hardly progressed much. Their economy has grown, to be sure, but the standard of living amongst ordinary citizens remains too low.

Whenever a regime is overthrown - either by its own people or by an outside force - the collapse in the rule of law can be so great that the nation ends up worse off than it was before. This is what the French Revolution taught us, and what the current situation in Iraq tells us.

China, for all its wrongdoings in 1989, has reformed its economy to the point where its people are richer and better off than at any time in their history. Despite their comparative lack of freedom, ordinary Chinese people have benefited from their pro-market undemocratic government. This does not mean that China shouldn't change - on the contrary, China desperately needs to embrace democratic reform if it is to avoid its own past mistakes. Yet I would argue very strongly that such change needs to be undertaken gradually and that we westerners, who have a fetish for sudden revolutionary change, need to "cut them some slack" when it comes to political reform.

The worst thing to happen in Myanmar at the moment is not a bloody clampdown by the government but a revolution against them. If history is to be our guide, then any successful overthrow of this undemocratic government by its people will undoubtedly result in a greater suffering of the people than any potential "putting down" of the revolution by the government.

This is not to defend the government of Myanmar, but to ensure that we in the West who desperately want a free and democratic Myanmar have a realistic level of support for the people of that country. Slow reform, in which economic and political changes are made slowly and carefully, should be the main goal of Westerners at the moment. Moreover, this would mean explicitly discouraging the Myanmar protesters from revolutionary activity.

Posted by One Salient Oversight at 13:53

Bring back the Benevolent Despots.

1989 we had 3 weeks in Hong Kong, watching events in PRC and were flying from to USA when it all went wrong in Beijing.

1998 Christine and Ron had 2 hours in Burma - we left our passports with Thai immigration and Myanmar let us take a cycleshaw ride. Just seemed as poor as India. How do you get reform? Are those generals doing anything? Other than persecute the tribes on the border areas.

Sometimes they have no choice.

Read Joseph Tainter's book — he covers the theory quite thoroughly and argues that sometimes revolutions and enormous economic contractions are inevitable. Sometimes civilizations just have to much administrative burden, are too "top heavy" as the resource bases they depend on are exhausted, and "collapse" in the technical sociological sense of the word.
So it may be that the USSR did not simply have a revolution or economic readjustment. It may be that they went through an inevitable "collapse". Collapse does not always refer to Mad Max or New Orleans. And as far as I can tell, Collapse is never voluntary. It just happens.