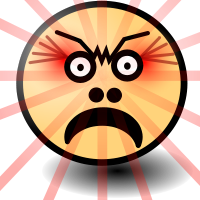 My wife is a Social Worker. She works at Centrelink. She has been told today that she will no longer be able to drive Commonwealth cars because she has epilepsy.

Let me just say that I do believe that people who have uncontrolled epilepsy should not drive. It is only common sense that people at risk of have seizures should not be permitted to drive.

The issue is, of course, that Anna's epilepsy is controlled. She has been on a new anti-epileptic drug for about 5 years now and has not had any seizures at all - either big ones or partial ones. Her medical condition is such that she was allowed to get her license back and has been driving a car to and from work for some years now.

So, on the one hand, the RTA, who is a NSW State government department, has determined that she is no longer a threat to herself or other road users behind a wheel. But, on the other hand, the Federal government says that people with epilepsy should not drive Commonwealth cars.

Posted by One Salient Oversight at 12:00