The question is now being asked 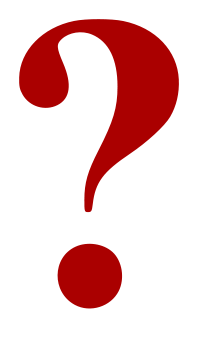 If you check out some of my selected articles on the left column, you'll see one titled No Inflation. I wrote this back in 2005 as a result of a few years of thinking on the subject. Essentially it is an argument which points out that, since money's worth is only as a means to exchange goods and services, then it functions as a way to determine the worth of something. When an economy is beset by inflation or deflation, then the economy's ability to determine the worth of goods and services is compromised.

My argument is that, by ensuring that the value of money remains neutral - neither inflating in price nor deflating in price - then the economy is best able to use money to its full advantage.

In order to force a situation in which zero inflation exists - absolute price stability - then central banks like the US Federal Reserve or the Australian Reserve Bank need to adjust interest rates accordingly. In this case, interest rates would go up and economic activity would stall for a while as prices adjust to absolute stability.

The current thinking is that the best balance is to have a little inflation. Modern central banks believe that inflation should exist in a band of between 1-3%. Yet even this, I would argue, is dicey.

In the last month we have seen the result of the Subprime Meltdown - a cascading amount of home owners in the United States are unable to afford their mortgages and are foreclosing. A recent article in the New York Times indicates that recent employment statistics, along with bond market statistics, have swung strongly towards a recession.

The housing bubble that caused this subprime meltdown is a classic asset-price bubble. The worrying aspect of asset-price bubbles is that they do not translate into inflation figures until well after they start. Simply put, there is now direct evidence that exposes the limitations of current monetary policy. The Federal Reserve Bank, in hindsight, should have acted earlier to prevent both the housing bubble as well as the Dot-com bubble before it. Yet no mechanism existed to warn the Fed to act - inflation was not high enough to warrant action. But the reason why no mechanism existed was because it was assumed that a little inflation was a good thing.

I'm saying all this because I have just read an article in The Economist about how the current financial crisis is affecting Canada. The final paragraph of this article is telling:

He (the governor of the Bank of Canada) acknowledged that the Bank of Canada may itself have played a role in stoking the excesses by not raising interest rates enough. “One can see in retrospect that we should have been driving those rates harder than we did, because in reality credit conditions were being eased by increased securitisation and movement of stuff off balance [sheet],” he says. That is an admission that most officials would make only when they are safely in retirement. If the failure to tighten was an error, it was surely one committed by many other central banks besides Canada's.

In other words, the question is now being asked - would it have been better for monetary policy to be tighter? Hopefully someone, somewhere, will realise that absolute price stability is probably the best answer.
Posted by One Salient Oversight at 14:59

Except that if you raise interest rates to lower inflation, you are raising the interest reward for investing money. Now while this might take some of the money out of action as it is locked away, eventually the "interest" on the money comes into play at some point and you end up with more money circulating in the system.

1. Does this then mean that interest has to be backed by an increase in goods and services in the economy or the interest is just extra money in the system, which lowers the value of the money (creating inflation again?)
2. Does this then mean that economic growth is demanded by monetary policy?
3. Is there a way to have zero inflation with zero interest — because it seems that our whole financial system is backed by ever-expanding growth in goods and services, and in a finite world that is simply not physically possible.

I thought I answered this ages ago. To simplify:

2) Other methods of monetary contraction can be used. Presently, banks are required by law to keep a certain percentage of their deposits within the reserve bank. One way to adjust monetary policy is to increase or decrease this amount.

To answer your questions:

1) Answered above.
2) It is the other way around - Monetary policy depends upon inflation / deflation which depends upon economic growth.
3) No.

2. Of course you're right on the monetary policy. I was being a little unclear, but was trying to also tie in the debt-based money creation conundrum and relate it to monetary policy as well. High interest rates represent an even higher rate of exponential money creation through debt. (Except when those rates reach such high levels that they discourage borrowings such as mortgages.)

In a nutshell: Available statistics reveal that the total net debt of society tends to be significantly larger than the magnitude of the money supply. The origin of this discrepancy can be traced to the compounding of interest; and the ongoing need to pay it drives a large part of economic growth. The end result is an unnecessary level of production and consumption, with its associated destructive social and environmental consequences.

The free book at FEASTA goes into far more detail.

I guess it's not a straight correlation though because the higher the inflation the higher the interest rates for monetary policy reasons, but that's where the correlation stops because high interest rates may discourage borrowing. It would be interesting to see if anyone's come up with a formula for how high the interest rate has to go to discourage the mortgage (and other borrowing markets) enough to negate the extra money created through the higher rates. For when there is extra money created, there seems to be the economic requirement for growth to make that money mean something and not just translate into inflation.

So over the longer cycle, unless more economic activity backs this extra money created we have a flow chart that looks something like this...

Inflation => interest rate rises => extra money creation through loans (up to the point where borrowings seriously decrease) => EITHER Growth imperative OR Inflation again.