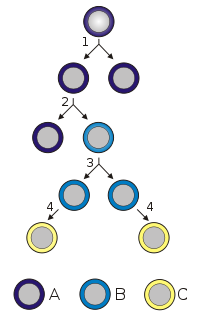 Human skin cells have been reprogrammed by two groups of scientists to mimic embryonic stem cells with the potential to become any tissue in the body.

The breakthrough promises a plentiful new source of cells for use in research into new treatments for many diseases.

Crucially, it could mean that such research is no longer dependent on using cells from human embryos, which has proved highly controversial.

The US and Japanese studies feature in the journals Science and Cell.

As other Christians have commented (like Craig) this discovery is wonderful and can help defuse much of the ethical problems with stem cell research. The fact that cells can now be created via skin, and not through human embryos, means that any potential "production line" of embryos being farmed is now looking less and less unlikely.
Posted by One Salient Oversight at 12:47