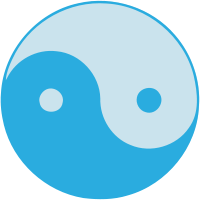 Of the 76 seats in the Senate, 38 will lean conservative (Nats+Libs+Family First) and 38 will lean progressive (ALP+Greens+Xenophon).

Of importance here is the opinions of Family First and Nick Xenophon. Both think that Workchoices was a bad idea, so Rudd will certainly have the numbers to modify the legislation if he needs to.

Xenophon thinks Iraq was a bad idea... but I'm not certain what Family First think. Given the mandate Rudd now has I would very much doubt it if conservatives in the Senate would prevent any withdrawl.

However, what is good about this "hung" senate is that we can pretty much rule out any move towards a Communist Revolution and the establishment of the People's Democratic Republic of Australia. By having a hung senate, Rudd and the ALP will have to write legislation firmly aimed at the centre of the political spectrum. That's good news.

Update: Notice - no Democrats. The party's over. Game over man.
Posted by Neil Cameron (One Salient Oversight) at 00:24