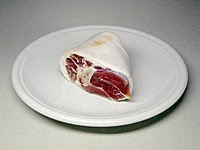 From the department of Novacastrians-have-simple-tastes:

Federal Opposition Leader Kevin Rudd is expected to make an announcement this week on how much the ALP is prepared to pay for the upgrade of Newcastle's EnergyAustralia stadium in the New South Wales Hunter region.

Earlier this year, Mr Rudd confirmed a Labor government would support the upgrade, but would not say if he would fund the full amount of $30 million.

Labor's MP for Newcastle, Sharon Grierson, says she can assure the electorate that the funding will be announced before Saturday's poll.

"I can't give you a revelation right now, I can say to you in the context that Kevin has given, he will make the commitment, and I can't say the amount at this stage," she said.

$30 Million can do a lot of things. But do we really need taxpayers funds - tax revenue generated outside of Newcastle - in order to upgrade a football stadium of all things?

If the people of Newcastle - and I am one - wish to build a nice big new you-beaut stadium so the Newcastle Knights can lose in front of even bigger crowds, then we should pay for the darn thing ourselves.

There's lots of things that Newcastle needs. We need more doctors. We need more teachers. We need more police. We need to upgrade and improve our public transport. Spending $30 million to widen the roads to incorporate safe bicycle lanes would be a wonderful idea.

But no. Newcastle's tastes are simple. For us it's just a matter of having a bigger stadium. What a load of garbage.

Posted by Neil Cameron (One Salient Oversight) at 12:56

I agree with you, Neil. I don't understand why the taxes of working people should be raised, in order to give millionaires money to build an arena to enable those millionaires to pay other millionaires higher salaries the cost of which will be passed on through higher ticket prices to be paid by...working people.

Yet, the so-called progressives in the US who can't envision any activity not subsidized, controlled or regulated by the state or federal government, don't seem to recognize that it is inconsistent for them to oppose such schemes just because it is "sport" not "art" or "economic development."