Some COOL books I want to write 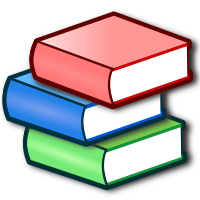 Well, the first book is all about the global warming debate.

The fact is that those who oppose global warming are COMPLETELY NUTSO. They hate our world with a passion and want us to all die. These people are all part of a RIGHT WING CONSPIRACY to take over our world so that corporations and rich people run it.

So what happens is this - a bunch of these planet-hating corporate saps go around murdering reputable scientists and changing scientific results in order to discredit the global warming movement. Since these people are allied with the military industrial complex, they receive up-to-the-minute weaponry that they can use with devastating effect. Faced with an important vote in the United Nations, they decide the best thing to do would be to play up the "terrorist threat" and place briefcase size nuclear weapons throughout European countries that are "Green" and who don't like the US. They settle on France.

Fortunately, the nukes are reprogrammed by the glorious and wonderful secret agency that Interpol runs, and all the nukes go off at the headquarters of this anti-ecological movement - which happens to be in rural Texas.

What. What's that you're saying? That such a novel would be complete garbage and deliberately takes sides and serves to merely promote a radicalist agenda? You're right. No one on the left would write such nonsense. On the right, however...

Alright, okay, so that first book was crazy to suggest. Let me suggest another one.

How about a world in which radical right wing members of American politics, including Neo-Nazis and the James Dobsonites, took up arms against their oppressor (the Democrat controlled Congress) and instigated a fascist coup in America. And what if a bunch of hippies and liberals were able to give up their distaste for the right to bear arms, and created a resistance movement against these American fascists? A great scene would involve an F-16 crashing into the Statue of Liberty.

Good story. Yes? What? No? What do you mean its rubbish? Wouldn't the depiction of the American right wing as being Neo-nazi freedom haters be a good thing? Surely I would have a readership amongst lefites everywhere?

Well, I suppose you're right. No one on the left would be able to get away with writing such nonsense. On the right however...
Posted by One Salient Oversight at 20:26

Actually....I might buy the second book, were it well-written. Just the right mix of ludicrous insanity and satire.

The Carde book, however, which you based the review on, is apparently (alas) as bad as it sounds.

Oh yes, because nobody has ever written a book caricaturing the right. Never.