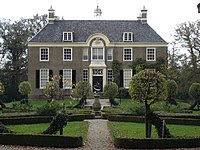 From the Department of Economic-Influenza:

Centro Properties Group has become the biggest local victim of the US sub-prime mortgage crisis after higher funding costs forced it to downgrade of its distribution guidance, causing its shares to plunge by more than 70 per cent.

It also announced it would not pay a distribution for the first half of the 2008 financial year as it revealed it had failed to refinance $1.3 billion of maturing debt although.

Centra has obtained an extension until February 15 to refinance the debt.

Centro Properties Group says its business is still solvent, at least until February, and says that up until late last week, it believed it could refinance its longer term debt.

Centro said today in a statement: "We never expected, nor could reasonably anticipate, that the sources of funding that have historically been available to us and many other companies would shut for business.''

The market was already expecting bad news from Centro, which went into a trading halt last Thursday, citing the need for ``revised earnings guidance.

But today's announcement was far worse than investors expected.

Yep, we Aussies are beginning to catch the flu too. While our housing market here is probably not as structurally unsound as the US market is, it has been overpriced for years, which means that we'll probably have a "market correction" as well. Although we don't have the same extent of subprime mortgages (either in number or in proportion), our economy has been drifting quite a bit on the breeze of the international housing bubble.

The Australian Share Market shed around 3.5% - losing about $54 Billion in value - in one day as a result.

Look forward to a very depressing 2008.
Posted by One Salient Oversight at 17:21

It sounds like Oz is a mere few months behind the US, before you start hearing tragic tales like this.