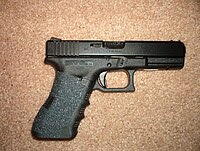 A gunman walked into a dormitory for young Christian missionaries in training in the US state of Colorado early on Sunday and opened fire, killing two people and wounding two others.

The gunman is still missing.

The shooting occurred just after midnight at the Youth With a Mission centre, police spokeswoman Susan Medina said. About 45 people were evacuated from the dormitory in this Denver suburb.

Paul Filidis, a spokesman for Youth With a Mission, said all four of the victims were staff members. One of the injured men was in critical condition, he said.

Witnesses told police the gunman was a 20-year-old white male, wearing a dark jacket and skull cap. He may have glasses or a beard.

A gunman opened fire in the parking lot of a Colorado Springs church on Sunday, striking four people, the church's pastor said.

The conditions of the people shot outside the New Life Church were not known, El Paso County Sheriff's Lt Lari Sevene said.

Lance Coles, a pastor at New Life Church, said he received a report that a man was shooting at people in the church parking lot and that the gunman may have entered the church.

It was not immediately known whether the shootings were related to an earlier shooting about 100 kilometres away in the Denver suburb of Arvada.

Two shooting incidents on the same Sunday in the same state known for its Christian subculture. I blame it on atheism and the rise of militant Islam.

Update:
Five confirmed dead in the Colorado Springs shooting. The New Life Church where this shooting occurred was Ted Haggard's church before he left.
Posted by One Salient Oversight at 08:57

Labels: Gun Control, Only in America

I have a friend on staff at New Life.

What's missing in this post is not truth -- surely you've reported the details accurately -- but compassion and mercy are distinctly absent.

I agree with Laura. I also detect someone anxiously hoping their political views will be justified in this tragedy.

It is hard not to draw a line between the hostility that is being fomented in our culture from some in the secular media toward Christians and evangelicals in particular and the acts of violence that took place in Colorado yesterday. But I will say no more for now other than that our friends at New Life Church and YWAM are in our thoughts and prayers.

And I do seem to remember a couple of evangelical leaders blaming 9/11 on Homosexuals and secularism and the ACLU in the states.

Q. At what point should something shocking no longer shock?

A. When it seems to happen all the time and on a regular basis.

Here in non-America, when we have mass shootings, they become a HUGE deal. The Port Arthur Massacre in 1996 completely changed Australia's attitude towards guns and instituted wide-ranging laws that restricted firearm use and ownership.

There hasn't been any spree killings or mass murders since then. I'm reasonably certain that this is due to the great difficulty people have in procuring guns in Australia - even the criminals.

But America... what can I say? Virginia Tech, Nebraska and now Colorado. You guys have spree killings continually! Three this year, how many next year and the year after? Why isn't there the same amount of spree killings in the European Union (which has more people). Why aren't there spree killings of this magnitude in Russia or China?

I'm not being anti-American here and I'm certainly not lacking compassion. What I'm doing is shaking my head and saying not just "Why?", but "Why does this happen in America all the time".

It's still a huge deal to us, too.

I remember when Bryant went on his rampage. I was shocked then, just as I am shocked today at Murray's murders.

In a country of 300M I can't honestly say whether we have a disproportionate amount of such killings or not. I'm willing to concede we do, though.

For the sake of argument, let's say we do. Access to inanimate objects - even dangerous ones - are not the reason why, though.

The common denominator to nearly all these types of killings is the involvement of an insane person, or someone suffering from a severe mental illness (I include psychopathy).

What are the differences in how we treat such people in the US vs. other countries?

In the 1980's there was a movement in the US toward deinstitutionalizing schizophrenics, paranoid-schizophrenics and other mentally ill persons. This movement was a reaction to some real abuses, but in my opinion it was an overreaction.

The killer at Virginia Tech was a known lunatic, but the system seemed to fail at every opportunity to confine him.

I would like to see a comparative study done on this.

Guns have always been plentiful and easy to get in the US, yet we have do not have a long history of such killings.

I would like to see a comparative study done on this.

Me too. If Bowling For Columbine is accurate (smirk) then Canada seems to have the same level of Gun ownership as America but fewer gun related deaths.

Personally I think that Psychopaths + guns = high level of gun violence while Psycopaths + no guns = not a high level of Gun violence. I personally do not think that Australians and Europeans have less crazies per head of population than America does, so there are other mitigating factors to take into account. Moore reckoned that it is a "culture of fear" within America that helps tip it over the edge.

Guns have always been plentiful and easy to get in the US, yet we have do not have a long history of such killings.

Well, apart from Charles Starkweather (1957) and Charles Whitman (the Texas University sniper in 1966), you could go right back to Southern lynch Mobs I suppose. The "wild west" as well, maybe?

1) Let us assume that Australians and Europeans have the same percentage of psychos as America has.
2) Let's also assume that access to guns has a marked effect upon the choice of a mentally disturbed person to go on a killing spree that is not present in countries that have more rigorous gun laws.
3) But let's also assume that, with the example of Canada in mind, that access to guns does not always lead to increased levels of violence.

With biology ruled out but access to guns having some, but not all, the blame, means that the only thing different would be cultural.

So, what is it about the psyche of America that drives mentally disturbed people to use readily available weaponry and go on spree killings?

Take away the weaponry and you have less killing.

Change the psyche and you also have less killing.

Ignore Moore. He's dishonest and not reliable. Furthermore, if you are going to use him as your authority, there's no sense talking any more.