Another innocent man jailed... and then freed 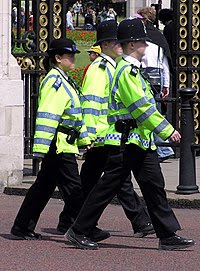 From the department of amateur-policing:

A Northern Ireland man has been cleared of the murders of 29 people who died in the Omagh bomb attack in 1998.

Sean Hoey, 38, of Molly Road in Jonesborough, was found not guilty of a total of 58 charges, including those not directly linked to the bombing.

Speaking at Belfast Crown Court, Mr Justice Weir was critical of police evidence and said they were guilty of a "deliberate and calculated deception".

He said transcripts of the trial had been sent to the police ombudsman.

In delivering his verdict, Mr Justice Weir referred to "a most disturbing situation exposed by the defence".

The judge said he was not satisfied beyond reasonable doubt that prosecution submissions showed that all explosive devices were made by one person.

Speaking after Thursday's verdict, Mr Hoey's solicitor, Peter Corrigan, said his client was an innocent man who had been completely vindicated.

"Today's judgement - a reasoned, lengthy and well considered judgement - completely vindicated this position that he maintained. Sean Hoey is an innocent man," he said.

Outside the court, Mr Hoey's mother Rita said: "I want the world to know that my son Sean Hoey is innocent.

"The authorities north and south have held two separate trials, but one witch-hunt."

Lawrence Rush, whose wife Elizabeth died in the explosion, said the case had been handled disastrously by the police.

"I wouldn't have liked the wrong man to be charged," he said.

Michael Gallagher, whose son Aidan was killed in the bombing, said a cross-border inquiry into the bombing should be set up by the British and Irish governments.

I have a great deal of time for police officers. They have a hard job. They deal with the worst people in society every day and never get a break.

But we all trust that police officers will, because of law, treat their job with seriousness, prudence and judiciousness. When they don't, innocent people end up suffering while the guilty go free.

While Sean Hoey sat in prison, knowing his innocence and suffering because of police incompetence, the real perpetrators of the bombing were walking freely around the streets. More than that, they were walking around happy in the knowledge that the police weren't looking for them since someone had been convicted of the crime already.

The tragedy behind police incompetence is often the dual result of an innocent man imprisoned (or, in the case of the US, occasionally executed) while the guilty are safe to resume their "normal" life.

So what's the solution? Better police officers for a start. Those entering the force/s must have already demonstrated their intelligence. More than that, police officers need to be paid well to ensure that they do not fall victim to bribery. Professional conduct must be drilled into them to ensure that mistakes like Omagh never happen again.
Posted by One Salient Oversight at 09:52