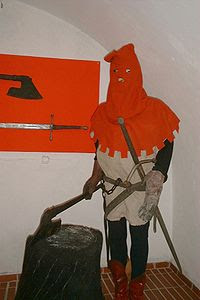 So, the guy who shot up that mall in Nebraska. What was he? A Mass Murderer or a Spree Killer? Or was he a Serial Killer?

Confused? I thought so. Allow me to edumacate you in the finer points of defining people who kill lots of people.

A Serial Killer is a person who kills many victims over a long period of time. Between each killing there is a "cooling down" period. The killer is generally careful about not being caught and tries to leave as little evidence as possible that would link him to the murder. There is often a psycho-sexual link in the mind of the killer. Jeffrey Dahmer is a classic example of a serial killer. Many serial killers display what is known as the "McDonald triad" when they were children - Fire starting, Cruelty to animals and Bedwetting when an older child. It is the combination of these three actions which indicate a possible serial killer.

A Spree Killer is a person who kills lots of people over a short amount of time, without any cooling off period at all. There is usually no desire to hide his identity from the pursuing authorities and the killer often kills himself at the end. Spree killers who end up killing themselves include Robert Hawkins (the Nebraska killer), Eric Harris and Dylan Klebold (the Columbine killers) and Seung-Hui Cho, the Virginia Tech gunman. Martyn Bryant, the person responsible for the Port Arthur massacre, was caught by police before he could commit suicide. Charles Starkweather is an example of a Spree Killer who was not caught for two months.

A Mass Murderer is a person responsible for the deaths of many people, but doesn't have to be directly involved in them. Charles Manson, for example, was responsible for the gruesome deaths of the Tate-LiBianca murders, though he was not actually present when they occurred. Contract killers who kill for organised crime gangs can also be deemed to be mass murderers. Any Spree Killer can be defined as a Mass Murderer, but not every Mass Murderer can be defined as a Spree Killer.
Posted by Neil Cameron (One Salient Oversight) at 11:08

Also, is that a picture of you? If so, nice swords!