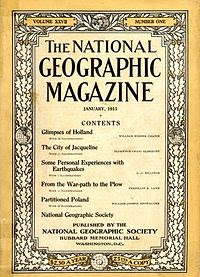 From the department of huh?:

Amid much publicity last year, the National Geographic Society announced that a lost 3rd-century religious text had been found, the Gospel of Judas Iscariot. The shocker: Judas didn’t betray Jesus. Instead, Jesus asked Judas, his most trusted and beloved disciple, to hand him over to be killed. Judas’s reward? Ascent to heaven and exaltation above the other disciples.

It was a great story. Unfortunately, after re-translating the society’s transcription of the Coptic text, I have found that the actual meaning is vastly different. While National Geographic’s translation supported the provocative interpretation of Judas as a hero, a more careful reading makes clear that Judas is not only no hero, he is a demon.

Several of the translation choices made by the society’s scholars fall well outside the commonly accepted practices in the field. For example, in one instance the National Geographic transcription refers to Judas as a “daimon,” which the society’s experts have translated as “spirit.” Actually, the universally accepted word for “spirit” is “pneuma ” — in Gnostic literature “daimon” is always taken to mean “demon.”

I only have one question to ask:

What in the world is the National Geographic Society doing involving itself in the translation of ancient coptic texts? They should stick to photographing monkeys sitting in hot springs.
Posted by One Salient Oversight at 19:35

This isn't the first time they have made such an error. About 20 years ago, they were fooled into letting Paul Ehrlich have nearly a free hand to write an issue dedicated to "over-population". If any academic has ever been more discredited by events and research than Paul Ehrlich, I don't know who it is. It was not NG's finest moment.

From what I've seen, NG is not really all that respected a magazine--at least in terms of articles.

But yes, they print GREAT pictures.