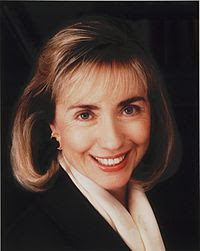 Daily Kos, a popular political blogsite that is involved in trying to change the culture of the Democratic Party, is not too impressed with Hillary Clinton.

Kossacks have been working for a number of years to change the Democratic party. They have butted heads with the traditional "power brokers" in the party while at the same time raising money for Democratic candidates around the US. While Daily Kos is certainly a partisan site, it will not shrink back from criticising the Democrats when they stuff up or do things they don't want to do.

An indication of the independence of Kossacks is a recent "straw poll" of members as to who their most favoured Democratic candidate is. Presently, 41% of Kossacks support the candidature of John Edwards while 27% support Barack Obama. 11% support Dodd while a paltry 6% support Hillary Clinton.

Moreover, the poll is taken monthly to allow analysis of any trends amongst Kossacks over the year. John Edwards' candidature has been strong and has gotten stronger throughout the year, while Obama's has remained stuck at around 25%. The bad news for Clinton is that her support amongst Kossacks peaked around 11% a few months ago, and has declined ever since.

The Kossack straw poll is in contrast with mainline polls, which suggest that both Hillary Clinton and Barack Obama are the Democratic frontrunners while John Edwards is a distant third. But, as I pointed out a few days ago, polling data showed John Edwards being the only Democrat candidate who looks capable of beating every major Republican candidate.

If Hillary Clinton ends up as the Democratic nominee, there will be a solid block of conservatives in America who would rather vote for a flat-earth espousing Neo-Nazi, such is their distaste for the woman. That, however, is to be expected. What is important to realise is that there is a solid block of political progressives in America who don't like Hillary Clinton either and who will make it very difficult for her to become the Democratic nominee in the first place.

(Disclosure: I am a registered member of Daily Kos but did not contribute to the poll)

Posted by One Salient Oversight at 15:29