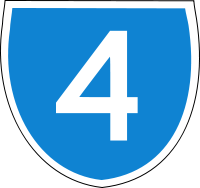 I just watched Fantastic Four: Rise of the Silver Surfer.

Complete tripe, as I expected.

And what about Jessica Alba? The only reason she's in films these days is to be eye candy and be risqué with clothing or lack of it.

Update:
Just discovered that the guy who played Dr Doom is the Australian actor Julian McMahon, whose claim to fame is being the second son of William McMahon, the 20th Prime Minister of Australia.
Posted by Neil Cameron (One Salient Oversight) at 21:54

I hated it. Near the beginning of the movie they analyse all these other worlds with life, and find that this horrible monstrous thing is travelling through space devouring living planets. It NEEDS them, that's what it EATS.

Ummmm, just how many life-containing planets out there that an uber-predator can evolve whose prey is an entire planet? What was the time frame for the trip between these planets Neil? This beast beats the speed of light as well...

oh, and the Fantastic 4 and government were not too amazed by the existence of alien life in the FIRST place....!?