The Republican Party - the party of public debt 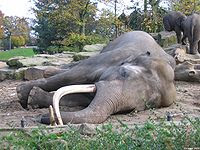 The last five Democratic Presidents, Clinton, Carter, LBJ, JFK, and Truman all reduced the debt, and one has to go back sixty years to find a Democratic President who, facing the Great Depression and World War 2, allowed the debt to increase. On the other hand, the last four Republican Presidents, GW Bush, GHW Bush, Reagan, and Ford all oversaw an increase in the country’s indebtedness. It has been more than thirty years since a Republican President left office (albeit in a scandal) having reduced the National Debt. In the last few decades, somewhere along the way, the Republican Party has become the Party of fiscal irresponsibility.

This has always bothered me. The American Republican Party prides itself on fiscal conservatism and small government. Yet, apart from Nixon (of all people), every post-war Republican administration has managed to put America further into debt. I realise that Congress is also to blame for this situation (and Democrats controlled congress through a number of post-war Republican administrations), but the veto power of the President could quite easily have sent back fiscally irresponsible legislation, thus forcing Congress to either spend wisely or somehow over-ride the veto (which would be difficult if there were any fiscally responsible congressmen or women who were voting according to their conscience).

But how is it that people view (or at least used to view) the GOP as the fiscally responsible political party? Claiming you stand for one thing, and then practising the very opposite, is behaviour worthy of Orwellian phrases like "Slavery is freedom" or "War is Peace".
Posted by One Salient Oversight at 10:47

Yes, the GOP has completely lost its way and seems incapable of finding its way back. However, there is good news: with the retirement of Trent Lott and several other old and feckless Republicans, there is the opportunity for new blood which they sorely need.

Neil's debt example was good, but this is one more example of why we need to rid ourselves of the Republican majority in Con....what's that you say? The Democrats have the majority in both the House and the Senate?

Sob! And here I thought things would be sooo much different when they took over.