Why government deficits are a problem 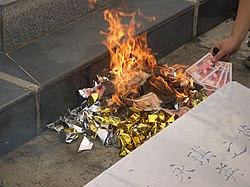 I feel rather alone in the economics world at the moment, especially after reading this:

What this means for today is that a government which reduces its deficit in a given time period is forcing an equal reduction in surplus in the private and foreign sectors. So that means, in aggregate, the private sector and the foreign sector will reduce the surplus cash it is taking in over what it spends.

No business runs itself completely on debt. Acme Widget Corporation can't borrow $1 billion per year to produce widgets that it provides for free for anyone who wants one. In such a scenario, AWC will no longer be able to procure funds and the company will collapse. When it comes to government, you can't just keep borrowing money and running deficits all the time. And although government is "safe" from a financial perspective, any deficits the government run ends up having the negative effects being transferred to the economy. These negative effects are:

1. Internal: Reduced levels of government spending in order to pay back debt.

This, however, hides what actually occurs. With increased levels of debt comes an increasing amounts of debt servicing, which - if spending is kept fixed - means that the government spends less on important things (defence, law enforcement, education, health, etc) and more on debt servicing. As I pointed out back in 2008, Italy has gotten itself into so much government debt that more than 41% of government spending is directed towards debt servicing. From an accounting point of view, things are balanced... but the reality is less money going to where it is needed.

2. External: A devaluation in currency.

Because the national government is linked to the national currency, any increasing risk of government debt default results in scaring international investors. This then results in the international market repricing that nation's currency accordingly - not only does the price of borrowing increase (interest rates) but so too does the value of the currency drop. Inflation hits the nation, along with increased import prices and a drop in real wages.

An inability to control fiscal deficits was one reason why so many Latin American economies had currency devaluations during the 1970s and 1980s. This is why controlling deficits was part of the Washington Consensus.

Now while I'm not a Keynesian per se, I do agree with the idea that governments should run fiscal deficits during recessions to increase aggregate demand. However, I also believe that governments should run fiscal surpluses during periods of growth. You can't be a Keynesian during a recession and then expect to become a Reaganite during a growth period.

Some people have likened the idea of cutting deficits during a recession to be as short-sighted as Hoover back during the depression. But the United States in 2009 is much different to the United States under Hoover in 1930. It's true that Hoover shouldn't have been afraid of government debt and should've embraced deficits. but the level of public debt in the US in 1930 was minuscule in proportion to the economy. By contrast, Obama in 2009 is embracing big deficits, but the sheer amount of money already borrowed since 1981 has placed the US government into a very poor fiscal position. That is why I believe current US government deficit spending is unsustainable.

Posted by One Salient Oversight at 09:11