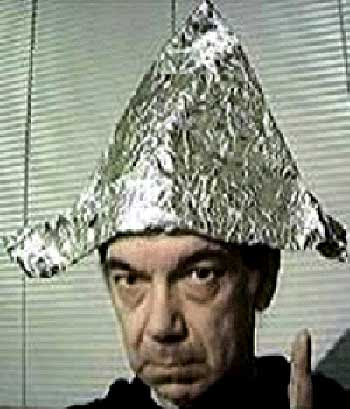 Just found this over at Dave's site about the CRU Hack:

I’ve been watching the ‘controversy’ develop over the last week or so, and I have to say, it’s pretty dispiriting. Not because a global leftist conspiracy as been unearthed, but because of the renewed enthusiasm of the sceptics to shoot first, and ask questions later. It’s saddening to see how little hey understand, and how little they want to understand.

There’s a couple of posts here that look at a couple of the accusations: http://allegationaudit.blogspot.com

Personally, I think I’m going to stop referring to the sceptics as sceptics, but rather conspiracy theorists. There’s nothing sceptical about the sceptics (and that’s nothing new) - but the wild political conspiracies people are so quick to believe in, and anything that looks vaguely like evidence for the conspiracy instantly becomes not just a smoking gun, but ‘the mushroom cloud’.

These are clearly irony-deficient people. They claim AGW is a religion for true believes, yet they believe in crazy, global conspiracies on scant evidence. There’s still no scientific counter to AGW, there’s not even a desire to understand the issue, or examine the new ‘controversy’ in any depth.

But then again, these are the people that gave us Iraq’s WMDs, so I guess a desire for understanding is not a high priority.

Posted by One Salient Oversight at 19:59

Iraq's WMD's... now there's a conspiracy, one Johnie Howard and friends threw us into hook, line, and sinker. I bit the hook and believed the propaganda, because I was
* ashamed of the Western world's guilt in subjecting Iraq to Saddam + Sanctions for 12 years, killing a million babies as a result of the failed health system.
* hated Saddam
* did not want to believe my own government would openly try to deceive the world on matters of military intelligence.

I was wrong to believe them.

Now I'm so dispirited by the environmental calamities facing the world that I generally vomit *all* governments out of my mouth, and am in a political wilderness wishing for something real. Kevin Rudd? Phhhhfffft! What a sad, hypocritical, slimy politician promising everything by an ETS that LOCKS IN coal production until the 2030's some time. If future governments change their mind, King Coal could sue us for breach of contract in the current draft of the ETS! I'm glad it didn't pass... hopefully we'll one day see some REAL legislation on climate change. But this ain't it.

So yep, I'm a one-time believer in our government's propaganda lies to "Go get Him boys!" and now I'm just a tired, cynical old grump that scoffs at the lot of them, except maybe the Greens but what can they do with the number of morons stacked against them?