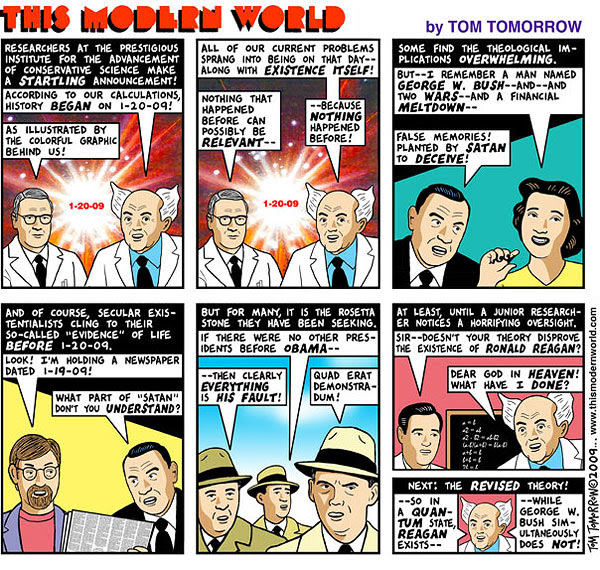 Posted by One Salient Oversight at 19:32

Does Tom really believe that the problem with the economy before 1-20-09 was that there wasn't enough deficit spending?

Maybe that's too nuanced of a view for a cartoonist.