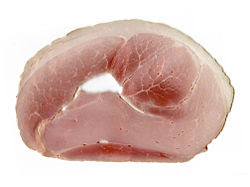 From the department of that didn't take long:

Pelosi was among the lawmakers who met last week with the chief executives of General Motors Corp., Ford Motor Co. and Chrysler LLC. The three companies are seeking $50 billion in federal loans to help them weather the worst auto market in 25 years, according to a person familiar with the matter.

The letter increases pressure on the administration of George W. Bush to take action as he prepares to hand power to President-elect Barack Obama on Jan. 20. Obama said last week that policy options to help the industry will be a ``high priority'' for his transition team.

``A healthy automobile manufacturing sector is essential to the restoration of financial-market stability, the overall health of our economy, and the livelihood of the automobile sector's workforce,'' Pelosi and Reid said in their letter.

The Democrats are in power again. Congress is theirs and Obama's victory has given them a clean sweep. So why not simply throw money around like they apparently did all the time according to Republican Party propaganda?

Yes, we are in a major economic crisis and yes, lots of people will lose their jobs if one or more of the "Big Three" go under. But let's be reasonable about this - at what point should the government stop handing out money to businesses and corporations that are struggling?

Giving out money to financial institutions, despite stinking, does make sense. These institutions are the grease by which the economy runs (but are not the economy itself). A ready and steady source of reasonable credit is able to encourage and grow the parts of the economy that need it. With the credit crisis now even worse than it was in August 2007, it is the financial market that needs help - not the actual companies that make things.

In many ways, "The Big Three" are the architects of their own decline. They could have been proactive and developed low emission vehicles if they wanted to, but no. They had to build gas guzzlers. Moreover, they could have encouraged the development of tighter emissions laws rather than hinder them, giving all auto manufacturers a level playing field rather than trusting each other to "do the right thing". Additionally, "The Big Three" could have also encouraged the development of a universal health care system and a safer place to invest its employee pensions rather than promise the unions (who are not guiltless) that the company will provide them all.

In short, "The Big Three" should not receive a single cent of the bailout. If one of them collapses, then that is what happens when stupid people make mistakes - what conservatives call "taking responsibility for your own actions". This is not to somehow belittle the potential suffering that many employees and shareholders would undergo - but in cases like the current economic emergency the government shouldn't be expected to grant corporate welfare. Individual welfare.. yes. But the last time I looked at the US constitution, a corporation was not granted the same rights as an individual.

In short - if one or more of the "Big Three" go bankrupt then I would be happy for the government to spend money to ensure that newly unemployed people gain some sort of financial help as they look for a job. But in regards to the actual corporations? No deal. Let them crash.

For if Congress/Obama do start throwing money at corporations, then it will continue the theme of "corporate welfare" that many ordinary Americans are angry about. Rich people who lose their money and become less rich should not have to ask the government for handouts while ordinary people suffer. Moreover, if Chrysler, Ford and GM do get a piece of the bailout money, how many more corporations will line up for handouts?

But getting back to Reid and Pelosi - come on guys. If you're going to be serious about helping the US economy survive this current crisis, being wined and dined by the auto industry is not going to help at all, no matter what sort of kickbacks (donations to the Democratic Party) they promise if they survive. MOTS (more of the same) isn't going to help.

Posted by One Salient Oversight at 18:00