The matter of Race 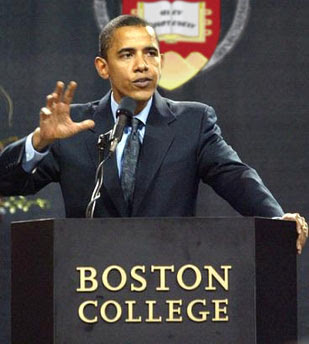 After South Africa managed to throw off the chains of Apartheid, the world opened up to them the possibility of competing in professional sports again. For the 20-30 years before Apartheid collapsed, one of the ways the world was able to isolate the nation for its racist policies was to stop South Africa from competing in major sport events (like the Olympics).

Historically, South Africa has a long and proud cricket tradition, and the apartheid ban led to the nation being unable to compete against international teams from about 1969 until 1992. When Mandela became president, South Africa began playing international cricket again.

However, problems began to occur. One major problem was that the new South African government began to introduce affirmative action measures across the entire nation. As a result, the cricket team began to be affected - it became pretty much law for the South African international cricket team to select a certain number of players not just based upon merit, but upon their racial background. A number of cricketers complained about this procedure, not least those who were unable to be selected because their place in the team had been blocked by the presence of a less talented player whose racial background fit into the regulations.

I wanted to give this as a background because I want to explain just how important Obama's victory is in regards to racial issues. Obama was not an "affirmative action" candidate. The people who voted for Obama did not vote for him because they felt it was time for an African American president - they voted for him because they believed he was the best choice.

Of course, the presidential process is anything but completely meritocratic. Inasmuch, though, as it is, Obama's victory means that an African American was voted into office because he was the candidate Americans felt was best.

It is ironic, but the issue of race is important precisely because it wasn't important. While people vote for presidents for all sorts of reasons, for many the colour of Obama's skin, his parentage and even his "strange" name were not enough to prevent them voting for him. When asked about racial issues, many people said that they didn't care - they voted for him based upon merit. And that speaks volumes about both the quality of Obama's candidacy and the attitudes of Americans generally.

There is every chance that Barack Obama will fail as a president. The economic conditions are so bad that even the most highly qualified of presidents may stuff things up or make the wrong decision. People have said that, as America's first African-American president, he has a lot to live up to. My response is that he has as much to live up to as any president who preceded him - no more, no less.

One thing is for sure - if race was not the issue when people voted for him it won't be an issue when they vote against him. If Obama fails to be re-elected in 2012 because the people think he is incompetent or ineffectual, it will be because of those reasons, not because of his skin colour.
Posted by One Salient Oversight at 10:09

I sincerely wish Barack well, as does every sane American (and even some insane ones).

Regarding the race issue, I'm not sure it was entirely irrelevant, because several newspaper columnists (both African-American and otherwise) opined that the only possible reason to vote against Obama was if the voter was a racist. So, evidently, not everyone has gotten to the place you described, but thank goodness they are limited to a small minority of largely unread newspaper columnists in major daily newspapers (but I'm being redundant).

The white folks have had corrupt, inept and vain failures as presidents - why shouldn't the African-Americans have their chance?

I'm kidding! I actually am optimistic that Obama will do well, but there's no doubt he has a boatload of challenges ahead of him.

He will, of course, be in my prayers just as Bill Clinton and G. W. Bush were.

I did not vote for Obama but it had absolutely nothing to do with the color of his skin. I think that race came into play for some but definitely not the majority.

I'm hoping all my concerns about him will be proved wrong.