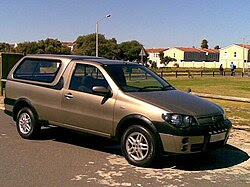 The more I look into it, the more convinced I am that fiat currency is superior to a gold standard.

In short, the gold standard is the idea that money/currency should be backed by gold, so that people who exchange money are, in fact, exchanging ownership of an amount of gold. This supposedly gives people confidence in that their money retains its value and is linked to a real, physical "thing" that can be measured and given worth.

Fiat currency, on the other hand, is money with no backing at all. Fiat currency is created through the fractional banking system as both the central bank and commercial banks create it as it passes through deposits and loans.

There is a lot of talk around the internet at the moment about the horrors of fiat currency and the importance of putting money back onto a gold standard. The Ron Paul political movement was not the creator of this movement, but did certainly help it along the way.

Let me just simplify some of the concerns I have about returning to the gold standard.
The picture is of a gold coloured Fiat. Yes, that is how bad my humour can get.
Posted by One Salient Oversight at 18:57