US GDP probably declined in Q2 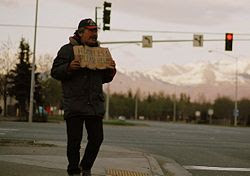 The reasons for my opinion are:

Actually, it is the coincident index which is probably the best measure - the others are merely anecdotal and are more like possible indicators. Previous attempts to predict the future on my behalf have been based mainly on the anecdotal ones and the coincident index shows quite clearly that economic activity in Q3 and Q4 2007 (the two quarters I wrongly predicted economic decline) were not declining in any massive way. Of course there was a biggish market slump and collapse of the dollar around August-September 2007 but that was not felt in GDP figures at the time.

The unemployment figures for Q2 2008 are also indicative. The rate bumped up 50 basis points in one month. That's a big jump and indicates some major economic problem.

Update 12:41 UTC:
GDP grew in Q2 by 1.9%. I may have some egg on my face for this prediction... however revised figures showed that the US economy contracted during Q4 2007. Moreover, had I been reading around market predictions I would have discovered that analysts predicted a 2.3% Q2 growth, which means that today's news is quite bearish. I'm reading the official BEA release at the moment, which can be downloaded directly from here (pdf 328kb).

Update 12:55 UTC:
One of the more spectacular revisions is in Q1 2007, which was originally published as 0.6% growth but is now 0.1%. Q2, however, has been pushed up from 3.8% to 4.8%. All in all, 2007 GDP figures show that the US economy grew by 2.0% that year, down from 2.2% in previous estimates. (BTW - lags in GDP estimates are common, and sometimes recessions don't become statistically correct until later. There's every chance that today's figures will be revised upwards or downwards 1 month from now when the next GDP release will occur).

Update 13:04 UTC:
Bloomberg is reporting that the Q4 2007 figures indicate that a recession is probably in progress.

Update 13:12 UTC:
I have a feeling that Q2 2008 GDP figures will be revised downwards in the next three months. Tanta at Calculated Risk has a post up about how weekly unemployment claims have hit a 5 year high. This may be a correct prediction after all. Back in January I said this: GDP data often gets revised and I think that in the months to come, we'll see that Q4 2007 actually saw an economic decline.
Posted by One Salient Oversight at 20:38