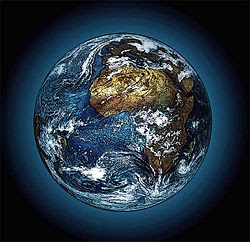 Yes, that's right. News Limited, the media company that brought you unassailable evidence of WMDs in Iraq, has now wheeled out yet another unqualified climate sceptic to add to the echo chamber of lies and ignorance that prevent any meaningful discussion on the issue.

David Evans, a man with impressive qualifications in fields that are not climate science, has written an article in today's Australian newspaper entitled "No Smoking Hot Spot".

Evans' claim to fame is that he worked for six years for the Australian Greenhouse Office in determining some mathematical equations used for the carbon accounting model called FullCam. He therefore sounds exactly like the person sceptics need - someone from the inside of the climate change cadre who has bravely spoken up for truth, justice and the American way in the midst of grant-demanding leftist scientists who want to destroy the world's economy.

I suggest you read the article first before reading my response. In any event, I am confident that climate sceptics will take his word as being true and will take little time in closely examining his argument. Thus Evans' article, despite being scientific rubbish, will travel around the echo chamber and add to the fiction that there is a debate among scientists when the reality is that there is a consensus.

So, for those who are interested (ie those who have brains and the ability to reason) I present some of my arguments against his article thus:

1) David Evans has impressive degrees in Mathematics, Physics and Mechanical Engineering. He does not, however, have any formal qualification in climate science. While Evans' opinion and logic may be respected (he is obviously smart), he does not have the scientific knowledge or experience to be viewed as an expert on the subject. His work for the Australian Greenhouse Office was mainly in creating FullCAM, which he describes thus: FullCAM is used by the Australian Government to calculate its land-use carbon accounts for the Kyoto Protocol. FullCAM models forests and agricultural systems and their exchanges of carbon with the atmosphere. In other words, his job was not in researching global warming, but in creating mathematical models for carbon sequestering. In short, he is like a Radiographer telling us that we don't have cancer while the Oncologist is.

2) Evans argues that land-based temperature data is fatally flawed because it does not take into consideration the "urban heat island" effect. Thus he can easily argue that there is no evidence of global warming because the only reliable data (satellite data sourced since 1979) doesn't seem to show it. Unfortunately for Evans, he is dead wrong about the Urban Heat Island. The NOAA released information recently which proves categorically that the urban heat island effect has not rendered land-based measurements useless at all. Essentially Evans' argument is that the data used by non-sceptics is flawed and can't be trusted. Scientists have proven Evans wrong.

3) The other arguments that Evans uses invite no basic form of backup. He states, for example There is no evidence to support the idea that carbon emissions cause significant global warming. None, yet never once tries to prove it. He is simply saying something as being fact and then leaving it. This indicates that his article was not written with scientists or informed amateurs in mind - he is simply using a rhetorical tool (baseless repetition) to make climate sceptics happy. In other words, his article is written with sceptics in mind, and will do wonders for their misplaced confidence in believing the lies and rumours that typify the sceptics source of data.

4) One of Evan's main arguments is the lack of a "Hot Spot". He says The signature of an increased greenhouse effect is a hot spot about 10km up in the atmosphere over the tropics. We have been measuring the atmosphere for decades using radiosondes: weather balloons with thermometers that radio back the temperature as the balloon ascends through the atmosphere. They show no hot spot. Whatsoever. He then goes on to outline the current scientific debate about this issue and uses phrases like radiosonde thermometers and wind shear. I don't fully understand this but I'm certain that the readers Evans is aiming for know even less. To them its all gobbledegook and Evans plays on this - reducing a complex scientific debate between climate scientists about the accuracy of temperature measurements into the veiled insult "If you believe that you'd believe anything". Thus Evans, who is not a climate scientist, puts himself above a climate science debate and judges them all to be a bunch of idiots. Evans knows better than they, even though he's not an expert.

Put simply, Evans has managed to probably get himself a good job as a Climate sceptic shill. You can tell, because the tactics of such people are simple:

1) Cast doubt upon the evidence.
2) Depict your opponents as money hungry fools.
3) Reinforce the opinion of your readers rather than challenge them.
4) When writing about something complex, be so complex in your writing that people will think you're an expert.
5) Create the impression of balance.

Of course, if you look at those points above you could probably argue that I and other non-sceptics are guilty of the same thing. After all, I've just described Evans as getting a good job as a shill and pretty much told you he's an idiot, so I am guilty of number 2.

The problem is, though, whether these assertions are true. The evidence should always be what drives us - and if we don't have the ability to process the evidence then we have to, by necessity, rely upon the expertise of those who do.

And who should these experts be? Climate Scientists. Not Electrical Engineers or Mathematicians or Physics professors. And it is the overwhelming consensus of climate scientists that we should listen to.

In fact, this whole "debate" proves yet again Okrent's law:

The pursuit of balance can create imbalance because sometimes something is true.

Thus by providing an alternative viewpoint to the scientific consensus on global warming, Evans and other sceptics merely create imbalance and promote ignorance by providing an alternative that only exists in people's minds. When the sea levels begin rising and millions begin dying, I would really like those people to "debate" the issue with those affected by it and see how they go.
Posted by One Salient Oversight at 12:57

There is no evidence to support the idea that carbon emissions cause significant global warming. None
Even the sceptics don't normally say this — they normally try to minimize the role of Co2 by chanting mantra-style how little of the stuff there is in the atmosphere. We KNOW what Co2 can do. We KNOW that methane can do the same thing 21 times more powerfully. We KNOW that there are certain (limited fortunately) chemicals that are 10 thousand times more powerful than Co2! How do we know? By repeatable, demonstrable, testable, falsifiable experiments in a lab that use spectrometers to test how molecules react to wavelengths of light.

The tropics issue is very complex, and climatologists are wondering why they don't get certain readings that their models expect over the tropics. However, they're not dumping the whole global warming enterprise — there's too much other evidence as to the role of Co2 and methane forcings in the climate.

Instead they question their readings, question their understanding of the tropical stratosphere, and then go back to the drawing board on that particular issue.

Chucking EVERYTHING they know about climate because of one tiny discrepancy would be like dumping the whole medical enterprise because one drug returned a mysterious result.