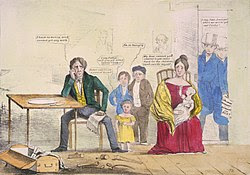 Wow, the data is coming thick and fast. The US July unemployment rate will be released at 12.30PM UTC 1-August-2008. The place to go to is here.

For this I factor in two things:
It's that last bit which is important and is probably the reason why some of my unemployment predictions have gotten muddled up in the past. In years gone by, the US labour market has been more flexible, which means that rather than people suddenly losing full time jobs, employers ask them to work less. This is a good practice as it retains trained staff during a downturn. The problem with it, of course, is that it creates an even larger pool of working poor people. Moreover, the drop in spending that will accompany underemployed people will be felt in a drop in overall consumption, which will, in turn, make it even more difficult for employers to keep their staff employed.

So, I predict a rise in unemployment to 5.7 or 5.8%. Anything more than that would, to me, be an awful indicator. Knowing the success rate of my short-term predictions, however, the rate will probably drop to 4.9% or something and confuse everyone (or, at least, confuse us doomsayers).

Update 12:44 UTC:
Bloomberg reports that forecasts were 5.6%, so this is worse than what was expected. The average work week dropped from 33.7 hours pw to 33.6 hours, which is consistent with a bunch of employees being asked to work less as per my point above.
Posted by One Salient Oversight at 20:12

For those looking for work, About.com just added 3 new sites to their top ten employment list. The 3 new sites are -