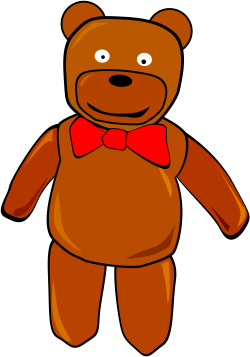 From the department of inevitability:

The Dow sank into a bear market on Wednesday as U.S. stocks fell on growing concerns about the toll that record oil prices are taking on the economy and corporate profits.

After flirting with bear market status for several sessions, the Dow closed 20 percent below its October peak as it was no longer able to withstand the avalanche of warnings about banking losses, surging inflation fears and weakening consumer confidence.

Merrill Lynch struck a negative chord early in the session when it downgraded General Motors, saying the automaker will need $15 billion to shore up liquidity. Merrill added that bankruptcy is "not impossible" for GM if the auto market continues to slump, sending GM's shares down more than 15 percent.

I have been attempting to predict a bear market for a long time as some of you remember. The last time I spoke about it I actually predicted that it would happen within days - and that was back in March and I obviously got it wrong.

This, of course, reminds me of the limitations I have in predicting things economic - I know that they will happen, but I can't tell exactly when.

Similarly, around the same time (perhaps I'm dumb in March), I attempted to predict the US unemployment rate. At the time, unemployment was 4.9% and I was flirting with the idea of it going up to 5.3% or even blasting a massive hole up to 5.8%. In reality, the rate dropped to 4.8%. Of course, the fact that it has since jumped to 5.5% proves my basic thesis - unemployment is increasing - while showing again that specific predictions are not my forte.

This has been a very bad week for the US Economy, but Thursday has June's unemployment report. Given the employment situation I think it entirely possible that 6.0% will be reached. Given my propensity to get short term predictions wrong, it'll probably drop down to 5.3%.
Posted by One Salient Oversight at 09:22