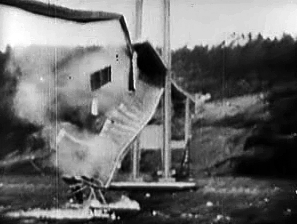 From the department of why don't I get paid for saying these things:

Last year, when inflation was low and the world economy was still strong and stable, BIS gave a a prescient warning about the growing risks that could bring it all undone.

"The facts suggest that the magnitude of problems to be faced could be much greater than many now perceive... while difficult to predict, their interaction does appear to point to a deeper and more protracted global downturn than the consensus view seems to expect," the report says in part.

Despite this, it cautions against using rate cuts to bail out the world economy, arguing that loose monetary policy helped create the mess in the first place.

Satyajit Das is a risk analyst who tipped the global credit crisis.

"It's an extraordinary statement of just how close the world economy is to a total financial meltdown," he said.

Associate Professor Dick Bryan, an economist from the University of Sydney, uses the same adjective.

"It's a quite extraordinary message," he said.

"It's a big statement that the world economy could potentially be facing one of the biggest crises for the last 150 years."

I love that statement about lowering interest rates. PGL over at Angry Bear has been criticising anyone who suggests that loose monetary policy is a problem - and I'm glad that BIS can see beyond the standard "lower interest rates increase aggregate demand so that's what we need" argument. BIS has actually said it in exactly the same way that I would - loose monetary policy caused the problem in the first place, so why use it to solve the problem it created?

Interestingly, the BIS report (as described in the ABC article I linked to) doesn't mention oil at all, which means they are probably making this judgement based solely upon economic conditions and do not take into account Peak Oil. This is bad, because it means that, on economic performance alone, we're heading towards a catastrophe. Then add Peak Oil to that equation and you get?

One last thing - I've read over many years the predictions of economic doomsayers and I have to say that most of their ramblings have little in the way of hard facts behind them. BIS and other experts are not doomsayers, but an increasingly fearful bunch of influential market experts. Ignoring doomsayers is perfectly reasonable - labelling market experts as doomsayers is fatal.

Update:
At the end of the ABC article is this interesting tidbit:

"It's telling central banks that they got it wrong, that they shouldn't have let us get into this precarious position, that they should have been constraining credit earlier and that they've put us in a position now where there just aren't clear policy options," Associate Professor Bryan said.

"Interestingly, the BIS report (as described in the ABC article I linked to) doesn't mention oil at all, which means they are probably making this judgement based solely upon economic conditions and do not take into account Peak Oil."

Don't you think thoughthat a large part of current economic troubles can be attributed to the skyrocketing price of oil? If so, even if the BIS statement doesn't mention it, it might be implicitly contained within their analysis anyway.

The Subprime mortgage crisis and the drop in value of the US Dollar were always going to happen, regardless of the oil price or oil supply.

Peak Oil has come along at a really bad time for the world economy. BIS have probably factored in the inflationary effects of oil but not the long term effects of declining oil production.

Too many people and experts see the current oil price as an "aberration" that will calm down eventually, the same way it did in the early 1980s. I have no reason to think BIS isn't making this assumption as well, otherwise they would have factored it into their analysis.

Not doomer bad, but bad.