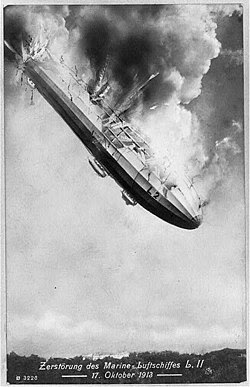 In a TheStreet.com($) story with the (TEOTWAWKI) headline, Doug Kass noted that the price increase in the Financial Select Sector SPDR was 13%, an 11 standard deviation event.

According to Kass, the odds of an eleven standard deviation event is equivalent to the world ending – between three and four times.

From what I can gather (the details seem to be in advanced financespeak and unintelligible to ordinary people), some Depository Receipts are undergoing such changes that previous risk calculations are proving to be incorrect. That both indicates a lack of proper risk management and the desperately painful state of the financial market .

Home prices are in free fall. Unemployment is rising. Consumer confidence is plumbing depths not seen since 1980. When will it all end?

The answer is, probably not until 2010 or later. Barack Obama, take notice.

It’s true that some prognosticators still expect a “V-shaped” recovery in which the economy springs back rapidly... On this view, any day now it will be morning in America.

But if the experience of the last 20 years is any guide, the prospect for the economy isn’t V-shaped, it’s L-ish: rather than springing back, we’ll have a prolonged period of flat or at best slowly improving performance.

I would agree with Krugman here - there are too many exploding bombs here to expect a "V" recovery. An "L" shaped one - a decline followed by a long, painful, trough - is what I have been predicting for a while.

Deploying a long-promised tool to track high school dropouts, the state released numbers Wednesday estimating that 1 in 4 California students -- and 1 in 3 in Los Angeles -- quit school. The rates are considerably higher than previously acknowledged but lower than some independent estimates.

The figures are based on a new statewide tracking system that relies on identification numbers that were issued to California public school students beginning in fall 2006.

It's amazing how one of the most dynamic states in the world's biggest economy has such an terrible dropout rate. This sort of statistic indicates that America's woes are going to continue decades into the future as unskilled workers keep flooding the market, depressing America's future economic performance.

I find the 1 in 3 in LA interesting though - you would have thought that LA would be the worst place in California for high school students but obviously not. Considering that LA has a large black community, it seems as though African Americans in LA are not as badly off as the rest of California. 1 in 3, though, is still incredibly tragic and dangerous.
Posted by Neil Cameron (One Salient Oversight) at 15:45