The inevitable result of Islamophobia 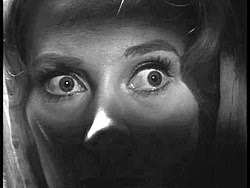 From the department of publishing what people want to hear:

The Sun newspaper has come over a bit modest. Following a Channel 4 documentary about media reporting of Muslims, the paper accepts some of its stories were "distorted". But they're not doing themselves justice. They weren't distorted – they were entirely made up. For example, a story about a Muslim bus driver who ordered his passengers off the bus so he could pray was pure fabrication.

But if reporters are allowed to make up what they like, that one should be disciplined for displaying a shocking lack of imagination. He could have continued, "The driver has now won a case at the Court of Human Rights that his bus route should be altered so it only goes east. This means the 37A from Sutton Coldfield will no longer stop at Selly Oak library, but go the wrong way up a one-way street and carry on to Mecca. Local depot manager Stan Tubworth said, 'I suggested he only take it as far as Athens but he threatened a Jihad, and a holy war is just the sort of thing that could put a service like the Selly Oak Clipper out of business'."

Then there was a story about "Muslim thugs" in Windsor who attacked a house used by soldiers, except it was another invention. But with this tale the reporter still claims it's true, despite a complete absence of evidence, because, "The police are too politically correct to admit it." This must be the solution to all unsolved crimes. With Jack the Ripper it's obvious – he was facing the East End of London, his victims were infidels and he'd have access to a burqua which would give him vital camouflage in the smog. But do the pro-Muslim police even bother to investigate? Of course not, because it's just "Allah Allah Allah" down at the stations these days.

What I can't tolerate is when the media, in order to capitalise on this fear, creates stories out of thin air in the same way in order to gain financial rewards (more newspapers sold, more advertising space sold). In this sense, the market rewards the media for distorting facts rather than reporting facts.

Much of our current debate about terrorism since 9/11 has been based upon fear and ignorance. While Islamic terrorism is certainly on the rise it has yet to impact us (since 9/11) in the West any worse than, say, the IRA bombing campaigns in Britain or radical leftist groups like the Red Army Faction.

And this means, of course, that 9/11 in the light of history is now appearing to be an exceptionally unusual event rather than the beginning of a new pattern of terrorism.
Posted by Neil Cameron (One Salient Oversight) at 11:55