Daily Kos and the Democrats 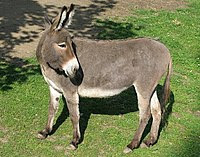 Daily Kos was not always my favourite left-wing blog site. The main reason was that they were partisan - they were supporters of the Democratic party. Since I consider myself an independent centre-leftist who hates political parties, Daily Kos always seemed too pro-Democrat for me.

These days, however, I quite like Daily Kos. Like many leftist blogs, Daily Kos spends a lot of time complaining about the state of the nation under the incompetent Republicans. But what I like about Kos is that they also wish to reform their own party and are not unwilling to criticise the Dems for corruption or fecklessness. They are also good at using the political process to change the party:

Let me lay out the brutal reality for you guys:

Few people in DC care what we think.

Yeah, yeah, big shock, what with one Democratic capitulation after another last year. That was pretty much the tip-off.

But the bottom line is that we can't buy them off with lobbyists. And let's face it, we're not going to vote Republican or even stay home on election night. And given that they're in their nicely entrenched gerrymandered districts, they have little fear of electoral repercussions from the other side.

But we have one tool available at our disposal -- the primary system. Nothing screams "pay attention!" than the thought that their actions might cost them their seat. In the past, such primary challenges were rare. The party establishment takes care of its own (witness Nancy Pelosi fundraising for the corrupt Al Wynn). But we're starting to build the infrastructure to seriously give bad Democrats a run for their money. And while we must focus on election more Democrats in November, we also have to begin the process of getting rid of the bad Democrats.

Of course, what Kos is actually doing is trying to unseat a Democrat in congress they don't like (Dan Lipinski) with a Democrat they do like (Mark Pera). According to the rest of the article (link provided above) Lipinski is politically conservative but also rather corrupt. Kos has targeted Lipinski's congressional seat (IL-03) and is asking Kossacks to support the primary process to ensure that Lipinski is kicked out while Pera becomes the official Democratic candidate.

It's all very unpleasant but at least they are doing it transparently and within the realms of the political system. As Kos said, they don't have the money to buy people off with lobbyists (which is a good thing).

Kos, and other liberal blogs, are progressive, and they see the Democratic party as the best current place for progressive politics to be in. They could try to set up their own political party, but working within the Democratic party ensures that they can have small, incremental steps towards progressivism.
Posted by Neil Cameron (One Salient Oversight) at 11:10