Christ's death - for sins or for (insert problem here)? 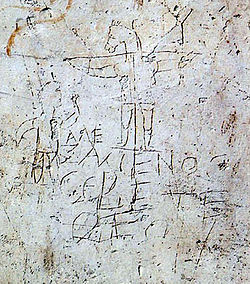 Over at The Boar's Head Tavern, Travis Prinzi, writing about Black Americans and their lower socio-economic status, says this:

But what that change looks like, I still don’t entirely know, except that I know it needs to be rooted in the death of Jesus for all tribes, tongues, and nations - and not in the American Dream’s “myth of meritocracy,” nor in the welfare-state and unfounded optimism (detached from the hope of Christ) of the so-called “progressives.”

What Travis is describing in his extended post is his struggle to come to terms with his conservative upbringing (which pretty much argued, and I quote, “racism is over, black people need to just not be lazy”) and his current position of being in urban ministry and ministering the Gospel to black folk.

Having already seen his conservative beliefs on this issue challenged to the point where he has jettisoned some of them, Prinzi is unsure of where to go. What will bring Black Americans out of their low socio-economic position in American society? What will it involve? Well, he says, whatever it will be it will be "rooted in the death of Jesus".

Whoa. Hang on there. Is he seriously suggesting that the only solution for black America's situation is Jesus? Hmmm. If I disagree with such an assertion I might sound terribly unchristian. So let me extrapolate a little.

The idea that Jesus' death on the cross is the ultimate answer to any and every question has some truth in it. Christians believe that our world is beset by sin and that all problems have their ultimate root in the spread of suffering and evil emanating from Adam's original sin in the Garden of Eden. Christians also believe that Jesus came to earth and, through his death and resurrection, defeated death and solved the problem of sin through faith in his atoning death. That's what Christians believe, and it's what I believe too.

To my shame, I made this mistake many years ago as a young Christian in my early 20s. At the time, a cousin of mine approached me about his impending divorce and needed advice. He was hurting. He had children and the kids were going to hurt bad as well. He wanted to share his experiences with me. In return I basically told him that he needed to accept Jesus as Lord and Saviour and everything will begin to work out right. Of course he didn't take up my offer, and we haven't spoken of this matter again. He ended up getting divorced (it was always going to happen with or without my input). Rather than provide any practical help - like offering to mind his kids or something like that - all I did was earnestly and naively tell him something that was simultaneously unhelpful and unbiblical.

It is possible that many problems in this world have solutions in this world. God has used developing technology to help our world enormously. Vaccines have prevented many horrible viral outbreaks; Sewerage systems have prevented many bacterial outbreaks because of better hygiene; Electricity provides heating in winter and cooling in summer, making our lives more pleasant and saving us from the dangers of temperature extremes.

Of course, it is true to say that Jesus is ultimately the answer to all these problems - sicknesses and plagues will no longer exist once a Christian resides on the new earth, as won't the dangers posed by extreme temperatures or lack of a sewerage system. Yes, Christ is the answer. But if an entire society accepts Jesus as Saviour and Lord, that will NOT protect them from viral or plague outbreaks or deaths resulting from very hot summers or very cold winters. At least, they won't be protected this side of the return of Jesus.

Seeing the death and resurrection of Christ as the meta-answer for everything is true in some respects, but it will not put food on your plate or provide you with paid employment or keep you warm when the temperature drops below freezing.

Travis Prinzi is right to focus on the cross of Christ - that is appropriate and correct. But having him say that the only solution for Black Americans to improve their socio-economic status can only be found in Christ is a little bit like saying "there is no answer, only Christ, so let's do nothing except preach the Gospel".

Preaching the Gospel is, of course, the role of the church. It is not the role of the state, nor is it the role of communities. Christ's death is not going to fix my broken leg or put food on my plate or create better employment conditions or remove carbon from the atmosphere or put more liquid hydrocarbons into the ground or make my home more valuable. Christ's death is for sin, it is not for fixing up the world's issues now.

I think there are solutions to many of the world's problems that can be found in our own world. This is not some Christ-denying heaven-on-earth utopia but simply an understanding that problems can be fixed. Broken legs can be healed, people's plates can be filled, global warming can be averted and socio-economic problems with Black Americans can be solved - and they can be solved without Christ.

Sin, however - the thing that cuts us off from God and is the reason why our world suffers so much - can ONLY be addressed by Christ's death and resurrection. Healing broken legs and fixing global warming will get no one to heaven.

On this side of the return of Christ, Christians should act to preach the gospel to unbelievers - but they should pray that God blesses our world with prosperity, health, safety and abundance. These qualities don't magically appear through the preaching of the Gospel, they are a result of God blessing our world through the use of market economies, businesses, individuals, families and governments. They are a result of God's universal grace towards all mankind, rather than a result of his specific grace that he grants those who respond to the Gospel with repentance and faith.

If we as Christians wish God to continue blessing the whole world through his universal grace while he also blesses the world by bringing unbelievers to repentance and faith, then we should preach the gospel to unbelievers while also praying that God blesses our world, while also seriously considering how markets, individuals, businesses, households and governments can function best to provide a better life for all on this side of the return of Christ.
Posted by One Salient Oversight at 18:48

I wish more people could think this clearly about the world and it's problems. I encountered this kind of muddle headedness over at Sydney Anglican's all the time when talking about peak oil. "Jesus will fix it" sort of things... "Just trust God".

Hmmm, interesting. I wonder... would this concept help people understand the church and state?

Would someone like Byron Smith put it another way theologically? Maybe he'd say Jesus was Lord of ALL our lives, and that Christians have an artificial divide into "secular" and religious... and then we've lost the categories of thought for this specific question. Hmmm, trouble thinking.

While agreeing (generally), I do have one caveat:

Christianity is, in many ways, diametrically opposed to the ways of the world. The core of this, perhaps, is the concept of forgiveness.

In that sense, the message of the Cross does have a strong impact on race relations. Because even though there is a tension between the right desire for justice and the focus on grace, and there is means for dispute, every Christian must love his enemies.

Unlike a broken leg, racism is deeply rooted in sin on both sides. So even if we can seek answers "outside" of Christ, there are definitely Christian and nonchristian ways of dealing with the problem.

I agree with your post, Neil, but do you mind if question your (Prinzi's, actually) presumptions a bit?

Are "blacks" as a people really still of a lower socio-economic status? In my experience blacks, Chinese, American Indians, Swedes, French, Jews, et al. who follow the same general path, tend to succeed in the US. That path is:

1) don't have children out of wedlock, particularly while still in school
2) get educated
3) if you get married, stay married
4) learn a skill or trade or develop your abilities to the extent that someone will be willing to pay you for your efforts.
4) save money and live within your means
5) sacrifice now for future benefits.
6) don't waste what cash you do have on vices.

This is surely a little simplistic, but I submit that everyone who does those things can live a comfortable life in the US, and I would suspect most Western countries as well. Those ethnic/cultural sub-groups or individuals who don't follow that path, tend to struggle regardless if they are atheist, Jewish, Hindu, Catholic or even Anglican. Or, red, yellow, black or white.

I'm not discounting racism is a problem in the US, as it is anywhere sinners live, but it is too easy to blame racism when one has three children from different absent fathers, no high school diploma, but a premium cell phone plan.