The latest oil production figures have been released at The Oil Drum. I'll only do a few graphs here. If you want to look at all the graphs then click here. 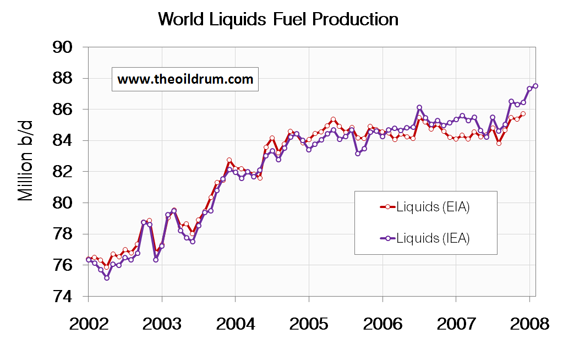 Comment: "Liquids" includes crude oil and liquefied natural gas, along with unconventional oil sources. As you can see, "liquid" production is increasing but nowhere near as fast as 2002-2004. 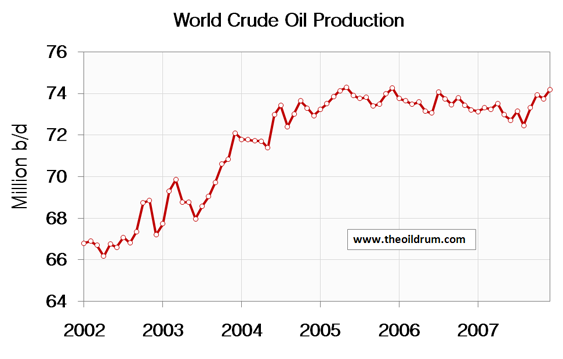 Comment: This is the clincher. This is evidence that the "Peak" has been reached. Yes, oil production has increased in recent months but has yet to exceed the 2005 level (see The Oil Drum article for more detail on this). New oil fields have been coming online in recent months too so production may even "peak" anew. If Peak Oil is correct (and it is) one phenomenon in oil production will be a plateau followed by a long, slow, downward slide. You can easily see that happening here. 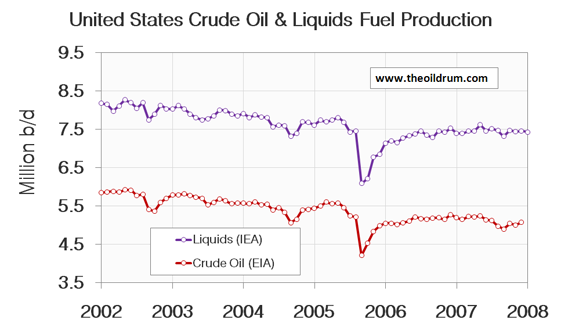 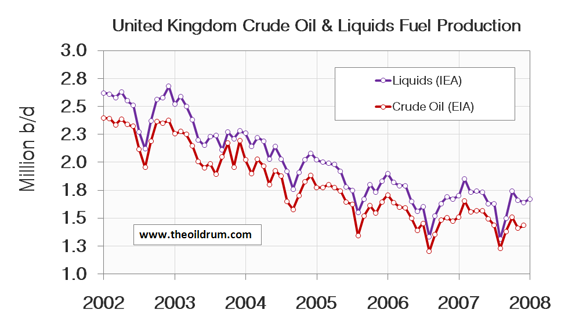 Comment: The North Sea oil fields are now looking quite empty, and production levels are tapering off alarmingly. If the rate of decline between 2002 and 2008 continues, the UK will be producing around 0.55 million b/d in 2014. 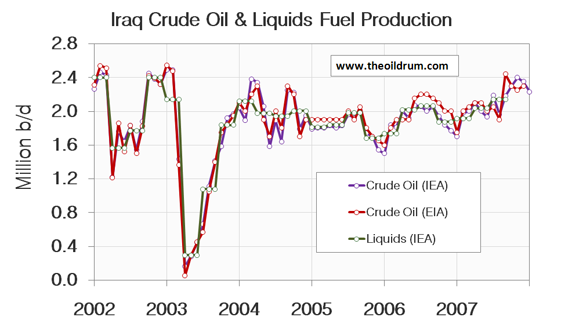 Comment: You can guess why a massive downward spike in Iraq occurred in 2003. What is interesting is that the Iraq oil production figures are less than half that of the US. There's no way that more oil can be extracted without new infrastructure built, and that will be difficult in the current and future environment there. 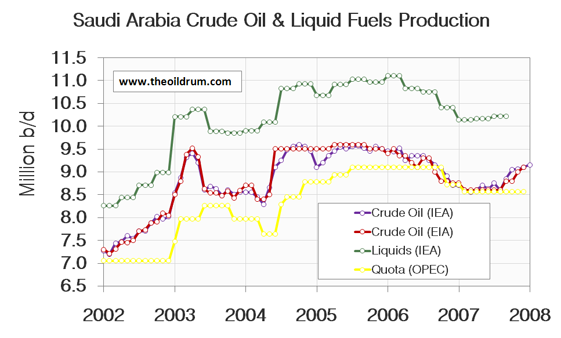